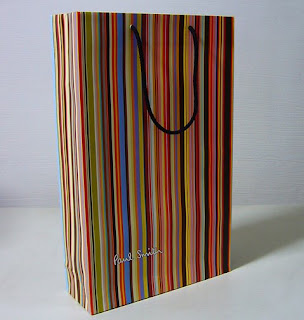 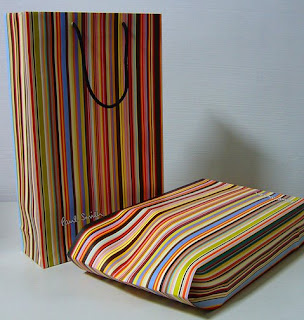 My Club 21 Sale Contribution To The Revival Of The Economy...

Yes, I thought I will pass up on going to the Club 21 Sale this time round. But I 'failed'. I was not impressed with this Fall Winter 2008/2009 season's offerings, and most of the things I wanted I have already gotten before the sale. Furthermore, the trends this fall winter is very seasonal, like plaids, boots and scarf looks. It's over by the end of this season since, spring summer 2009 sees resort holiday styles taking charge.

However, a sale is a sale, it's always nice to see what goodies I may just uncover at markdown prices. I started with Club 21 Mens at Four Seasons Hotel. Reached there after work, since there is extended shopping hours today till 9pm.

Tried on a Dries Van Noten 'Union Jack' V-neck tee and a Kris Van Assche Blue Round neck. Both was ill fitting. Either neckline is droopy for the KVA or the body is a bit wide for Dries Van Noten. I was lazy to get it altered and anyways, I was not wow over when I put on the items so I passed.

Next was Dolce & Gabbana. Again, was horrible. Nothing seriously interesting. The collections are getting more and more mature that it becomes no longer relevant to me. I also went to Paul Smith Hilton, saw the laptop bag I blog about before. Did not get tempted which was good:-) I went into Mulberry before leaving for Forum Shopping Mall. The bags again was horrid. I am waiting for the large Shimmy Bag.

Blackjack and CK Calvin Klein has nothing for me too. I gave up and did not even attempt to check out D&G. I thought I will leave Orchard Road empty handed. It was a record breaker for me to not buy anything during Club 21's sale! I have to admit I was so proud:-)

But my 'joy' is short lived. At my last stop at Isetan Wisma Atria, I finally spotted something at Paul Smith which I happily brought it home with me:-) It seems my UK craze and 'fever' is not over yet!

Will reveal tonight!:-) Have taken pics this morning before work and got in to office horribly late. Yikes!