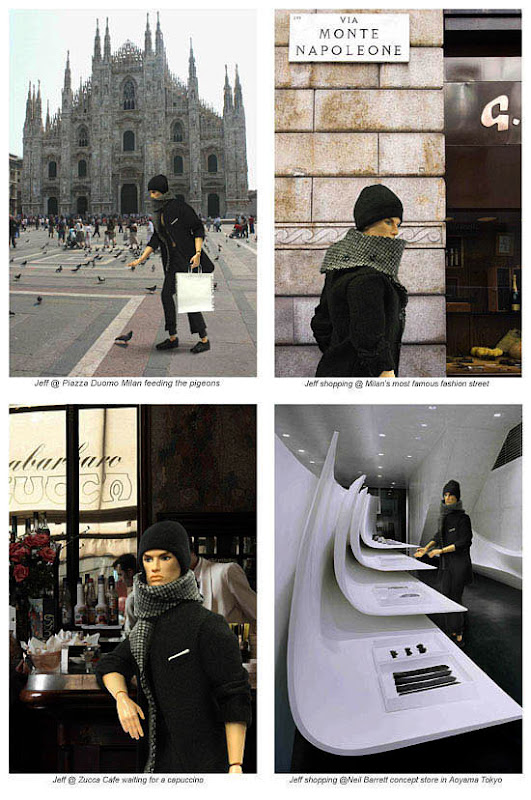 Below: The look that inspired the doll's outfit...:-P 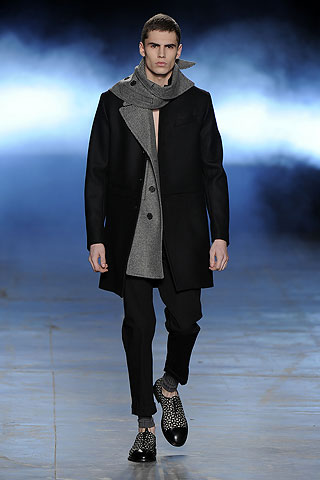 Below: Neil Barrett has an interesting collection this Fall Winter 2009...check it out! I never knew Neil Barrett decks out dolls!?!? Apparently he does!:-) But only for special occasion such as the 10th Anniversary of one of the most established retailers, Jeffrey (in New York or Atlanta). Jeffrey was often featured in Japanese HUGE magazine beginning of each season to feature what they will bring into their stores.

So to celebrate the ten years of bringing hip clothes to fashion forward folks, they collaborated with Neil Barrett on a special project. Namely...to realize an outfit for the 'Jeff Doll', which will then be exhibited from August 10th until September 17th inside the store. During this period, customers will be able to make offers for the Designer-clad Dolls from the most important fashion houses worldwide. Money raised will go to the Susan G. Komen race for breast cancer cure charity, as well as the Atlanta AIDS Partnership fund.

Jeff, the model doll in Neil Barrett, has been photographed in July by the paparazzi shopping in Milan & Tokyo. He was seen modeling perfectly the first look from the autumn/winter ’09 collection. To see the show that inspired his look go to www.neilbarrett.com, to bid for Jeff, go to Jeffrey, New York at www.jeffreynewyork.com

Shop for a good cause!