Below: A feminine material such as sequins for a masculine pattern such as camouflage? Well, only Prada can pull off this dichotomy with finesse! 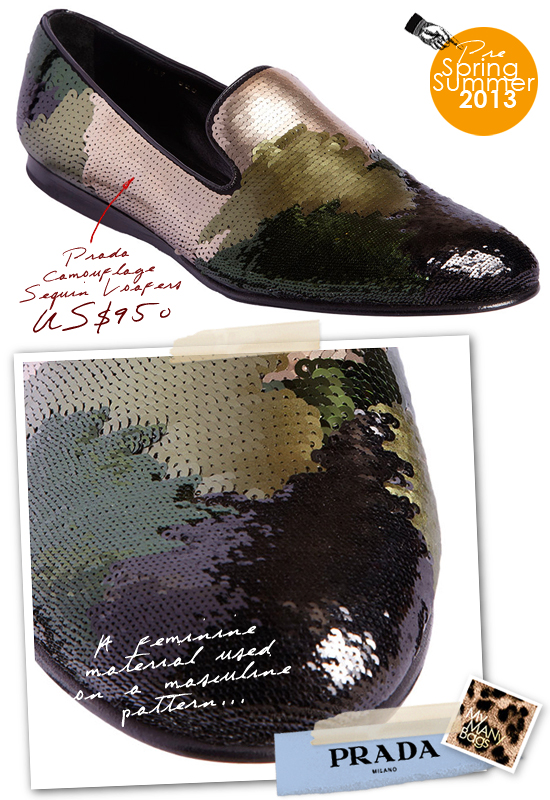 The gender lines are blurring. Prada is pushing the expectations of mens footwear yet again. This time, creating even more contradiction by using a highly feminine material on a masculine pattern. Yes, sequins for camouflage print on their new selection of loafers! Do boys dare brave this pair of eye catching Camouflage Sequin Loafers (USD950)? Or shy away for fear of mockery by being too metrosexual?

The sequin patterned loafers also adopted Prada's Fall Winter 2012 Geometric Floral patterns (USD950), giving fans another option. Only time will tell if these new sequin footwear will be well received by the boys. (I have a hunch, these will fly off the shelves:-P)

For 'safer' options... there are also the studded and jewelled styles (USD1100) recurred from Prada's highly sought after Spring Summer 2012. Mens footwear just got more exciting.


Pre-order yours at Barneys New York if you are fearless in crossing fashion front lines.


Below: From jewels to studs and floral sequins... mens footwear are definitely getting more exciting! 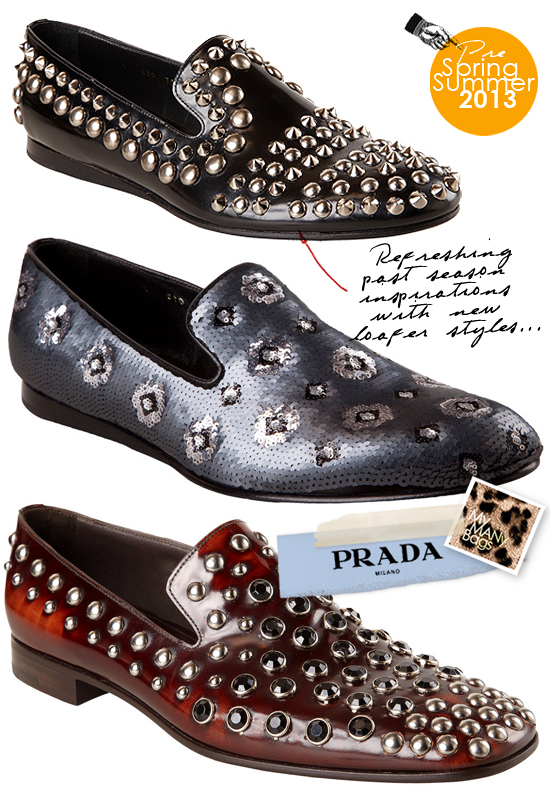