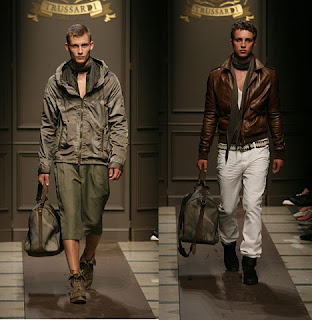 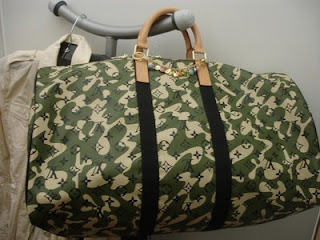 Seems like boys in the army have sparked off inspiration from designers in LV and Trussardi. LV is launching the Mongramouflage range while Trussardi has their eyes set to launched their own version of the military camouflage pattern for Spring Summer 2009. Which one will you pick? From the small runway picture, Trussardi's bag looks promising. But I think the 'battle' is easily won by LV, since there is already so much hype about the Mongramouflage before it even hit the stores.