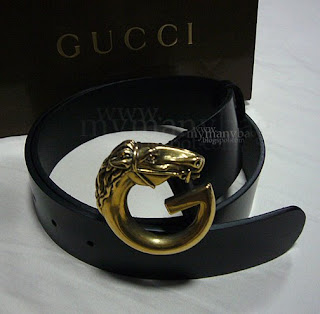 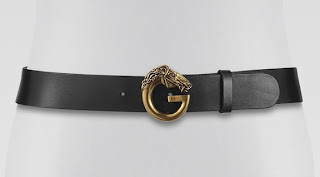 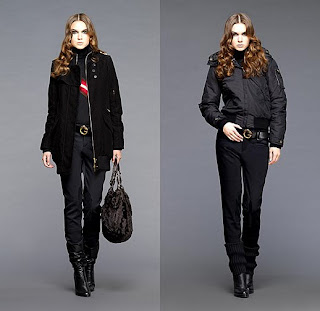 I told you so...I said I was in a paradox of fashion styles at this point in time. I am a fan of 'maximalist', flashy looks while also developing a liking for understated styles as well. I still like Gucci despite liking Martin Margiela and Helmut Lang.:-P

So last weekend while doing my rounds in Orchard Road, I spotted this lovely Gucci G Horse Head Buckle Belt in the Paragon store. I was skeptical at first if I wanted a 'brand initials' alphabet belt, as I do not like to be a walking advertisement for any brands sometimes. After making a search thru the Gucci website, I found pics of the belt on some of the new fall winter looks. Surprisingly, the belt was not used in the men's looks. It was used in the women's styles. I wonder why. The belt is pretty thick in width, not feminine in design(no frills just simple polished leather with the brass buckle) and most importantly, the belt loops in from left to right which is the correct men's way of wearing belts (women's loop from right to left). It leaves me puzzled. Even the Paragon store here in Singapore displayed this belt in the men's section.

Then it dawned on me after going thru the website, the Gucci menswears fall winter 2008/2009 looks has quite a bit of a cross-styling going on. The male models are mostly using the women's range of belts and accessories. Perhaps Frida Giannini's way of doing a gender bender thing? :-P Anyways, I decided I like the belt considering the 'G' buckle is not just a plain alphabet, but adorn with a nice sculpted horse head, which is luxe and unique. Somehow I get the sense of noble gentlemen riding their horses in the country side on weekend trips. Me and my imagination again.:-P

In the end, temptation wins over reason, I succumb to my desire and bought the belt. I chose the black version instead of dark brown.

Oh my god! I had the old Tom Ford for Gucci belt that was in the form of the G with a tigerhead! Now they are trying to become something like a Tuscan overclass company...I like it!

Oh, and thanx Kevin for the comments!

you are welcome for the comments Paolo!:-) You are a stylish guy..so easy to make the compliments:-P

and yes, the horse head buckle is like some upper class europeans having a horse ride in Tuscany.:-) hehe.

i really like this belt too! looks good with tweed, cords and leather elbow patches. last year they did something similar with two horse heads. i missed out on that. maybe i shouldn't let it happen again.

and the 2 horse head belt is still here! They are releasing it again...check out Gucci's website, US version. They have pics there.

get it. yes, the belt goes well with winter looks of tweeds and wools.:-P

Don't they have some deer heads as well? I thought it was very different,a nice way to keep the logo ago go spirit but not at your face?

What was the damage?

Yes, Deer heads buckle was from fall winter 2007 collection. I have that one as well! I love those belts!