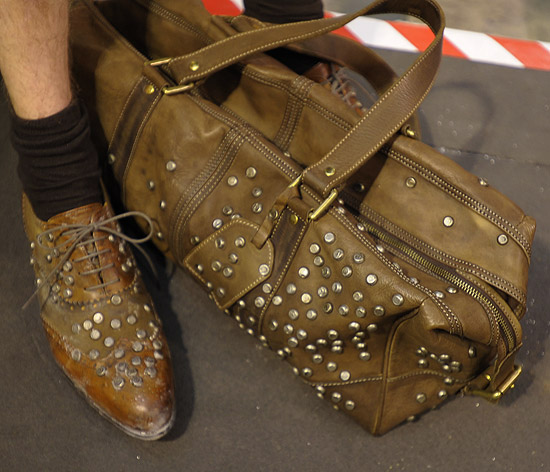 Below: The studs are dented, hammered and given a vintage and aged wash...
(Click on pic to enlarge for better view) 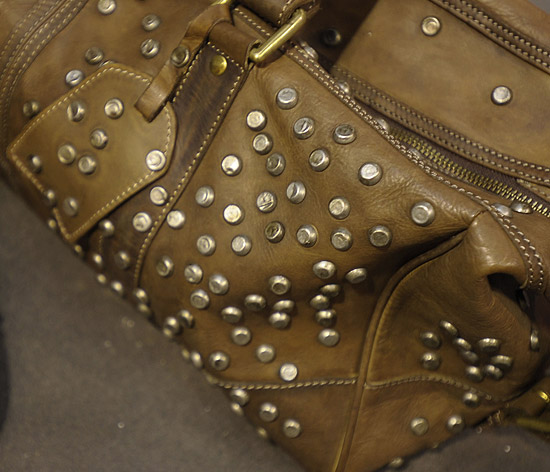 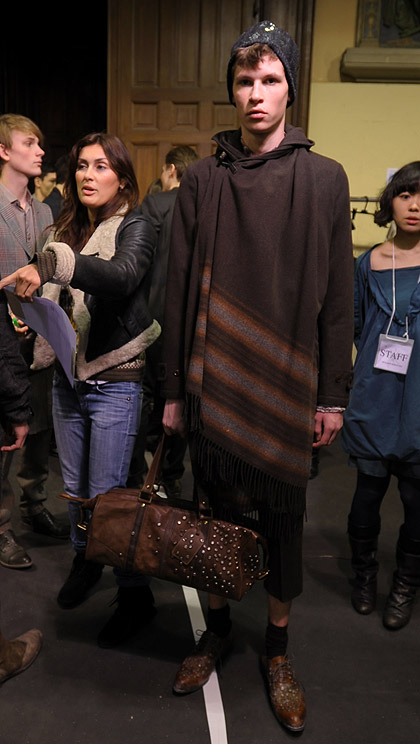 Below: Absolutely a bag with character as featured in the Fall Winter 2009 campaign... 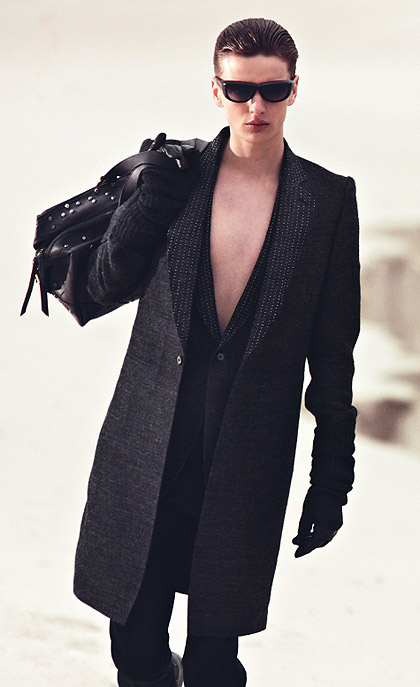 Yesterday while paying my weekend pilgrimage to the holy temple of fashion, Club 21 Men's, I had a love love encounter with one interesting bag by Japanese designer, Mihara Yasuhiro. Perhaps not as well known as other more prominent Japanese brands like Junya Watanabe or Comme Des Garcons, Mihara does have a successful history of collaborating with Puma for some of the most avant garde sneaker designs in the market. This young Japanese designer's pushes design limits and often surprises with new techniques of manufacturing and innovative material treatments. His designs can also be revolutionary, but not always the most easy to pull off by a regular bloke.

However, for Fall Winter 2009, he did have a very eye catching bag that gets my attention. This Fall season's major trend is studs. But many designers interpret studs as mere studs. The usual run of the mill variants of spikey metallic attachments embellishing bags and shoes. But Mihara's version is slightly different. His treatment of metal studs is one of the most unique. Instead of spikey versions, he uses flat ones. But these flat ones are given a heavily distressed finishing (seems like acid wash), and even dented/hammered to replicate a used, vintage look. I like how he injects his own sensibility into a seasonal trend which other many designers are doing, but giving his own spin to make it his own. I also love the treatment of the leather, which again is aged for more character. There are also other design features which are to be applauded, such as a stitched down luggage nametag and double zipper flaps where the bag closes.

Club 21 Mens stocks this bag in black or brown and retails for SGD $1669. It's in a very limited quantity so you can be sure of originality when carrying this bag. Because the studs are treated in an unconventional way, this bag will transcend trends and still be relevant many seasons later. A highly original piece, I would say:-)

I think my X'mas shopping list just got one item longer...