My MANy Bags Trendspotting #119

Below: Guys are now not letting their female counterparts have all the fun! We wear jewellery too! And plenty of them layered on the wrist:-P 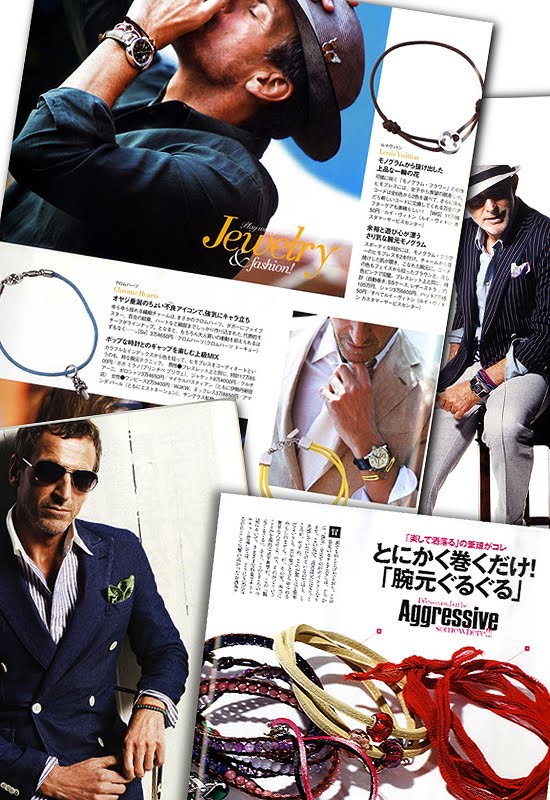 Below: Spotted during Milan And Paris Spring Summer 2011 Fashion week, guys are not being shy about decorating their wrists! 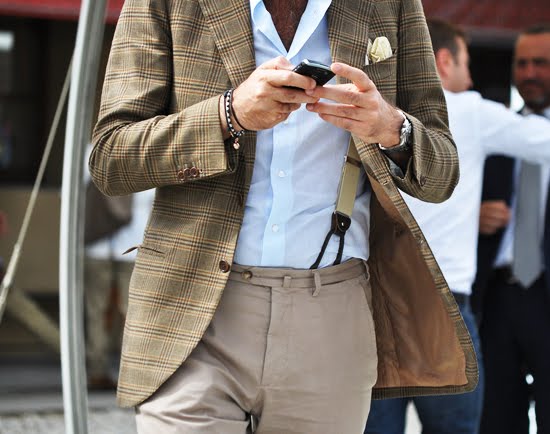 Below: Piling multiple bracelets with watch for maximum statement making effect! Add some boho charm to break off the serious look of any suits and jackets... 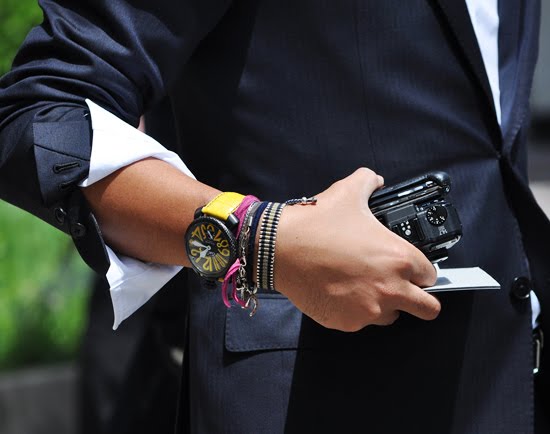 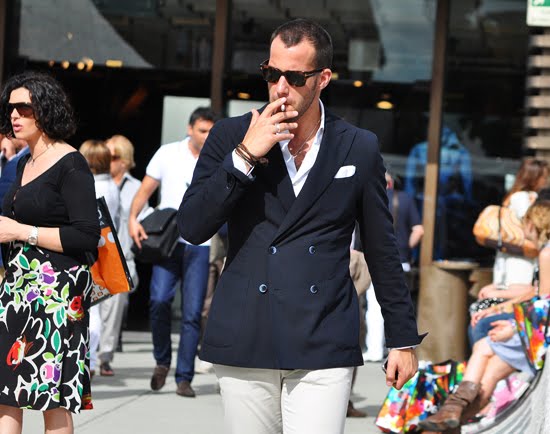 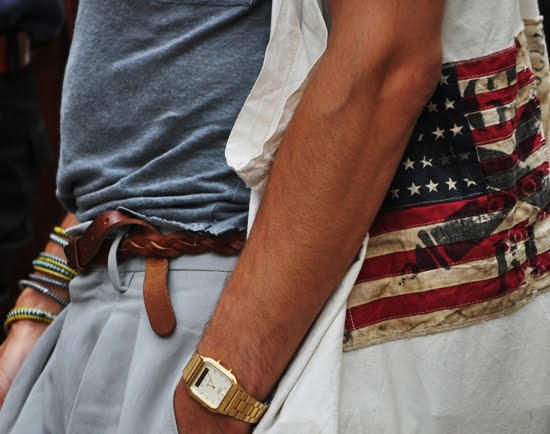 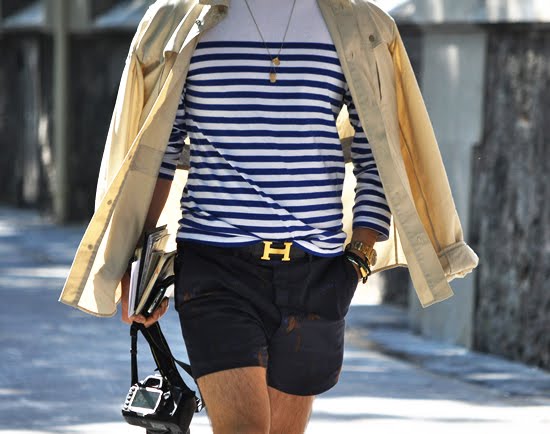 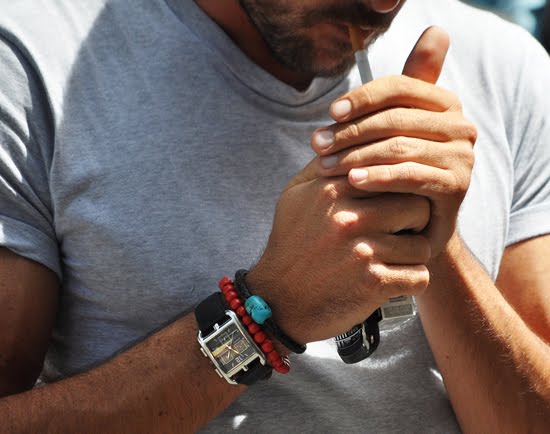 Below: I love these LA based designer Chan Luu's 14 karat gold wrap-around beaded bracelets. Boho chic with a touch of luxe:-P 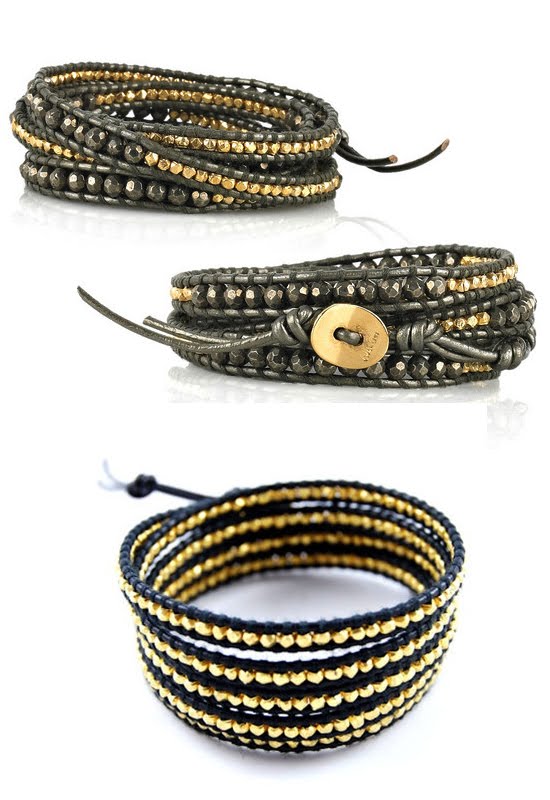 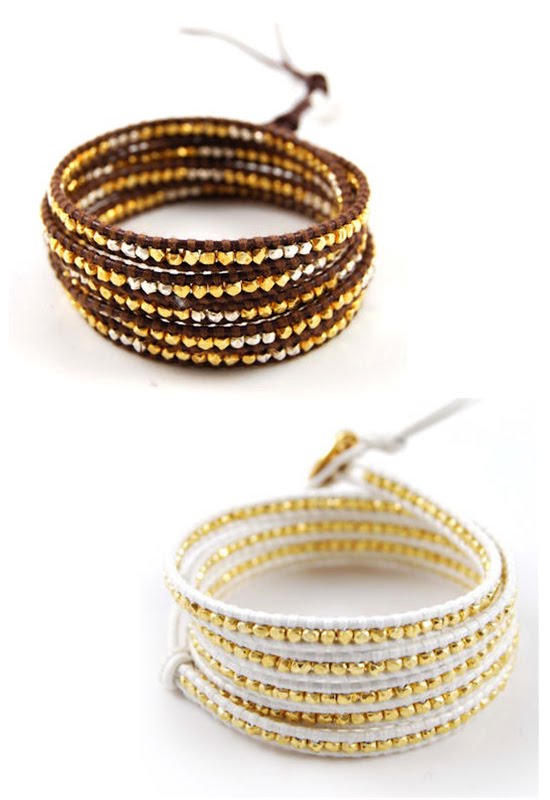 Below: Chan Luu's eclectic creations have earned her A-list celebrity fans such as Lady Gaga and Rihana:-P 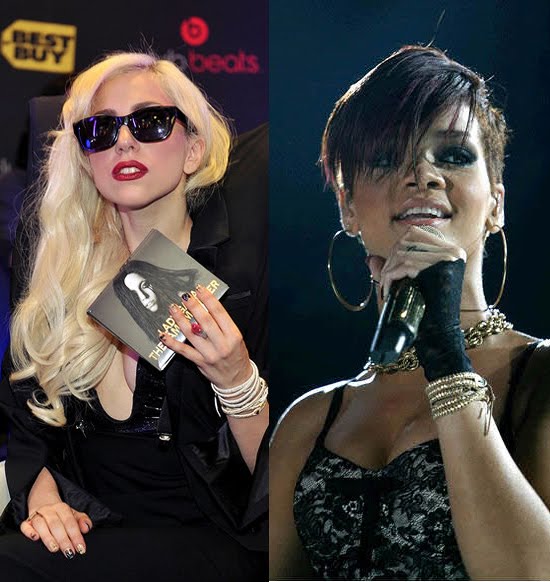 Are men allowed to wear any jewellery beyond the usual watch and ring? Apparently in these fashion forward times now, guys are catching up with girls in terms of playing dressed up!

The recent Milan and Paris Spring Summer 2011 Mens Fashion Week has seen many guys embellishing their wrist with a myriad variety of beaded, woven or metal bracelets, often layered together for a statement making effect. Japanese men's magazines (they are the most updated and relevant) such as Leon and Uomo, who have always propagate masculine Italian styles, are also widely featuring this trend.

Are you game for some 'wrist action'? I spotted these 14 carat gold or silver beads wrap around bracelets from Vietnamese designer, Chan Luu, which is luxe with a bohemian touch. Chan Luu is a designer graduate from Los Angeles's Fashion Institute of Design and Merchandising before starting her eponymous line of handcrafted accessories in 1996. Now based in Los Angeles, her line has won the hearts of A-list celebrity fans such as Lady Gaga, Rihana and Kate Hudson.

Chan Luu's designs are very neutral and hence has also been featured in Leon and Uomo magazines. The bracelets simply look great when worn and piled with a watch. I want one!

Those Chan Luu's look great. I Love bracelets I wish i had more of those. Now I just carry a watch and LV's 'Check it'-bracelet on my wrists

in your opinion, how many percent would straight guy wear jewelery? Also, Do you think do real men prefer these jewelery?

in my opinion, there are accounted in small amount.

Let's just put it this way. The demographic you are referring to are just men who do not give a damn about what they wear. Not fashion savvy and not interested in trends.

Here we are talking about men who likes fashion and are willing to experiment.

2 entirely different groups. Just like apple and orange are fruits but they are different.:-P

Not really a fan of too much accessories. But I must say, I am liking the bracelet on the first photo.

Hmmm don't u just love ignorance rearing it's head and calling for distinctions between real and fake men? So a little jewelery and one is no longer a "real" man. It's like me calling all ladies who wear pants "fake" women. It's the 21st century, get out of the dark ages already.

All I know is the brand Chrome Hearts makes some amazing jewelry pieces. you would look so good in them Kevin!!

I love my wrist jewelry!! My hermes Rivale and etc are the epitome of my wardrobe

i love these looks.

i got a new bag.
i thought if anyone would appreciate it, it is you :)

Hi Ali, congrats on the new bag. Yours is a bigger version. Pelyao's is women's size.

BTW, please do post comments on appropriate threads. Your comments is unrelated to this post. Thanks for the help!

Hey. Anybody knows the brand of the watch of the gay that is lighting a watch?