Below: It's espadrilles rampage for D&G's Spring Summer 2011 Mens Footwear! 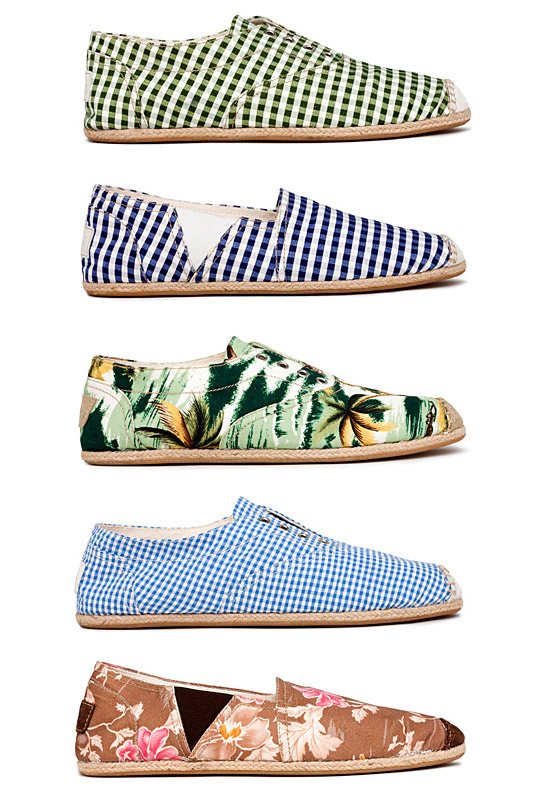 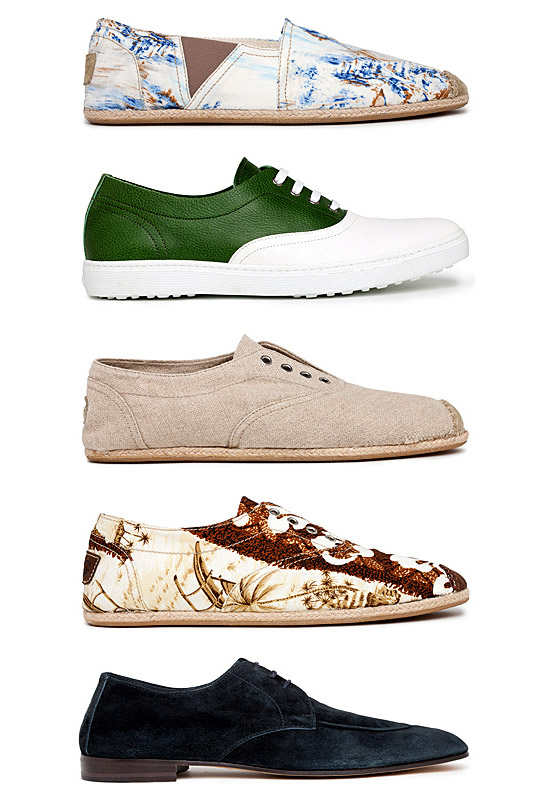 Below: The bags are not exactly appealing, sad to say... 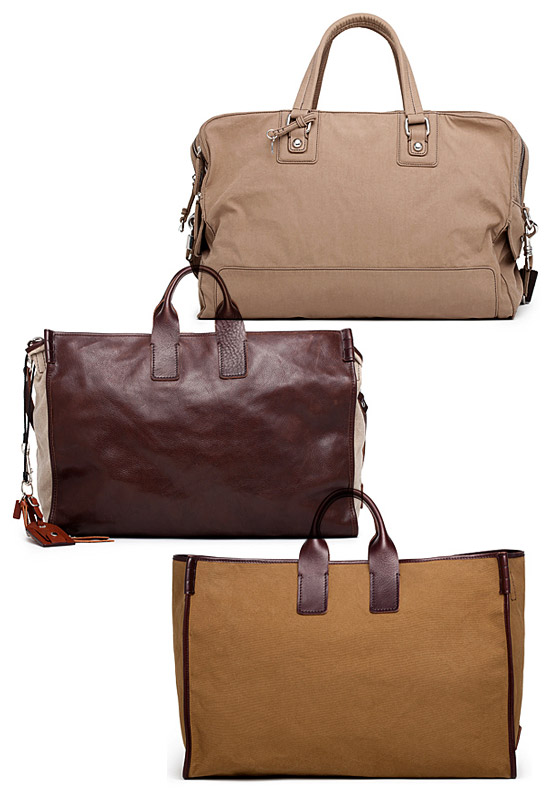 Espadrilles soles are invading mens footwear this Spring Summer 2011 season. From Balenciaga, Louis Vuitton to Prada and now D&G. It's espadrilles fiesta out there! Designers are going crazy with this shoe inspiration that dates back to the 14th century. Originating from the Pyrenees, these casual flats made in fabric and characterised by jute rope sole were once worn by peasants and now fashion fans all over the world.

D&G has basically taken the espadrilles and exploited them into as many incarnations as they can. With eyelets, as slip-ons, with Hawaiian fabrics, with gingham checks and denim... you name it, you have it.

It is nice to leverage on a classic design, but somehow when you overdo it without modifying too much to create a surprise, it lacked imagination. And these shoes can be from any other lower priced brands since fabric and jute rope are what they are. There can be no 'more luxurious' versions of these materials. I do love the gingham checks versions. But only if they are crafted well:-)

As for the bags, again... D&G shows they are not the best in bag design. The totes and duffels are often bland and lacked character.

I think I will stick to the espadrilles and ready to wear this time.

For more pics, go to my facebook fan page:-)