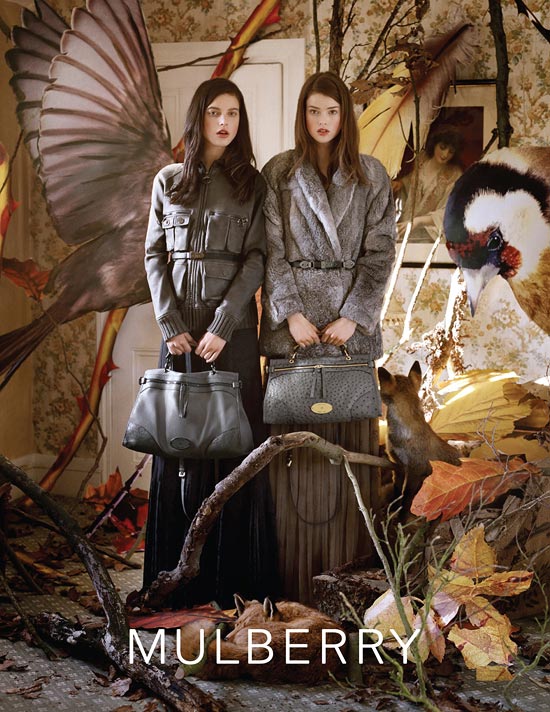 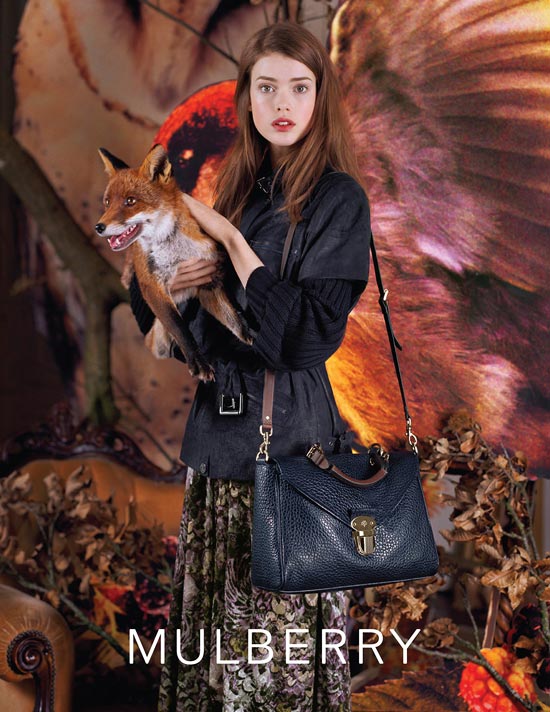 Ooooh, I love the new Fall Winter 2011 Advertising Campaign by Mulberry. These beautiful ad imagery bring a sense of surreal fantasy, of those enchanting Enid Blyton stories I read as a child. The whimsical setting of a debilitated English Manor surrounded by oversized birds, owls and foxes also add another layer of story telling for the Mulberry's FW2011 collection concept.

Besides being captivated by the still images as shot by acclaimed photographer Tim Walker (and starring models Tatiana Cotliar and Julia Saner), the campaign video is equally a visual treat and I highly recommend all Mulberry fans to watch it.

Tim Walker’s distinctive style, which plays with proportion to blur the edges of reality, was inspiration for the crew that created the still imagery and also this 52-second short film, now showing on Mulberry.com.

The video features some innovative visual effects by Framestore which is fascinating. The director starts by recording swooping video camera moves of the environment. Using blue-screen technology, they then separated some of the props from the main set, allowing them to create a series of overlaying sequences to complement the rich visual texture. By using a 3D tracking process, Framestore worked these extra assets into the filmed shots, creating a fantastical and innovative combination of the 2D cut-out animations and a live 3D environment. The unique finished film captures the mood of Tim Walker’s luxury-meets-fantasy perfectly, taking the viewer on a magical journey into Mulberry's darkly beautiful new season.