Below: Ryan Gosling looking incredibly dashing in sage green Gucci suit... a colour that made him stood out amongst a sea of blacks and greys from his gentlemen peers at the movie premier of 'The Ides of March'... 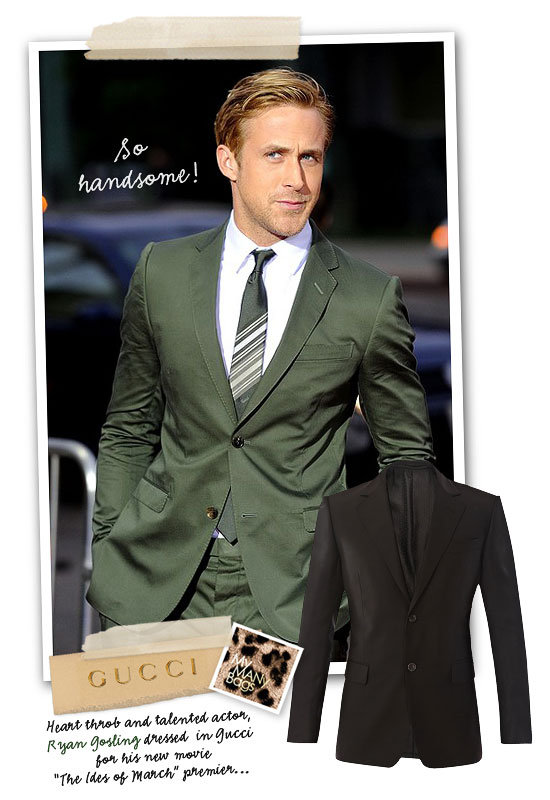 Below: Ryan Gosling looking so dashing in green with George Clooney... 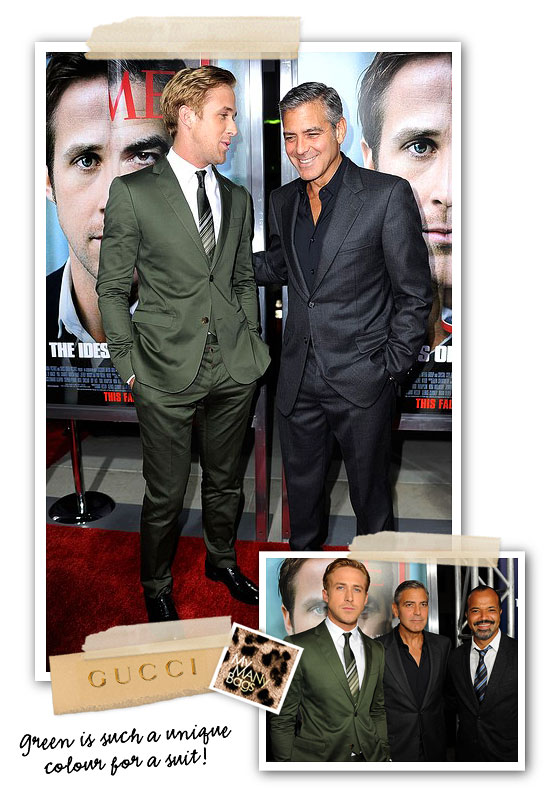 Heart throb Indie Flick Actor, Ryan Gosling (my current idol) looked amazingly dashing in his sage green Gucci suit at the premier of his new movie 'The Ides of March' on Tuesday (September 27) in Beverly Hills.

I first blogged about Ryan here in Salvatore Ferragamo. He is becoming a true style icon for us boys. Always impeccably dressed to impress. Beyond good looks (not to mention a 'photoshopped' sculpted hot bod as seen in 'Crazy Stupid Love'), Ryan is equally talented when it comes to acting for the big screens.

It's no surprise big brands like Gucci snagged and dressed Ryan for several occasions. I think I am already smitten by the Gucci sage green suit with a matching stripe tie (a collegiate ivy league flavour)... an atypical colour for men's suiting. The muted green made Ryan Gosling stood out from his fellow gentlemen peers in a sea of blacks and greys. Definitely a must check out colour for this and next season:-)

Love your blog a loooot!

Please, visit my new blog, I'm a shoe designer from Menorca (Spain). For me, will be a pleasure your coments and tips.

I will publish my sketches.