Below: New Christian Louboutin mens shoes for Fall Winter 2012... the empire for mens red soles have just expanded yet again! 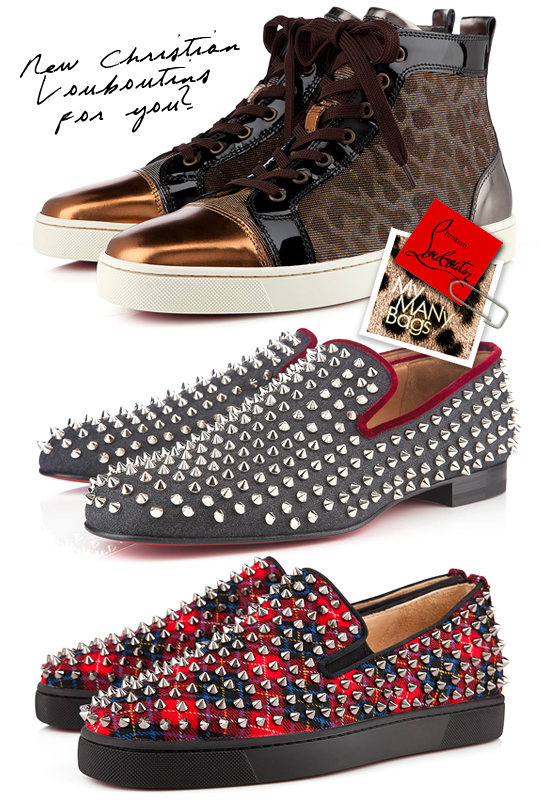 Boys... are you ready for more Christian Louboutin mania? The inventory for those acclaimed red soles has just expanded again....

Here's 3 of the designs which caught my eye... (From top to bottom)

1) Louis Mens Flats in Metallic Leopard Lame (USD795)
Stylish and extremely comfortable-our sneakers have a huge following and not without reason. This version of our classic "Louis," finished in metallic leopard lame, is far from classic. Lace into this sneaker and you'll instantly morph into an animal of the night.


2) Rollerboy Spikes in Anthracite Flannel (USD1295)
"Rollerboy" is so aggressive that it has been seen by some as a threat to national security. Be a step above the rest with this new unusual Flannel loafer.

3) Rollerboat Tartan (USD1095)
"Roller-Boat" could be considered the more casual version of the iconic "Rollerboy Spikes" loafer. Historically tartan was used to define your clan. This spike covered tartan may not be associated to any specific region, but the red sole flashing behind you will show you're part of the Louboutin clan.