My MANy Bags Trendspotting #197


Below: Lanvin's Metallic Blue Tassel Loafers all the way back from Spring Summer 2007 is beckoning to me... perhaps too late to get myself a pair... it's still an inspiration to hunt down something similar! Just in time to get ready for SS2013's metallics trend... 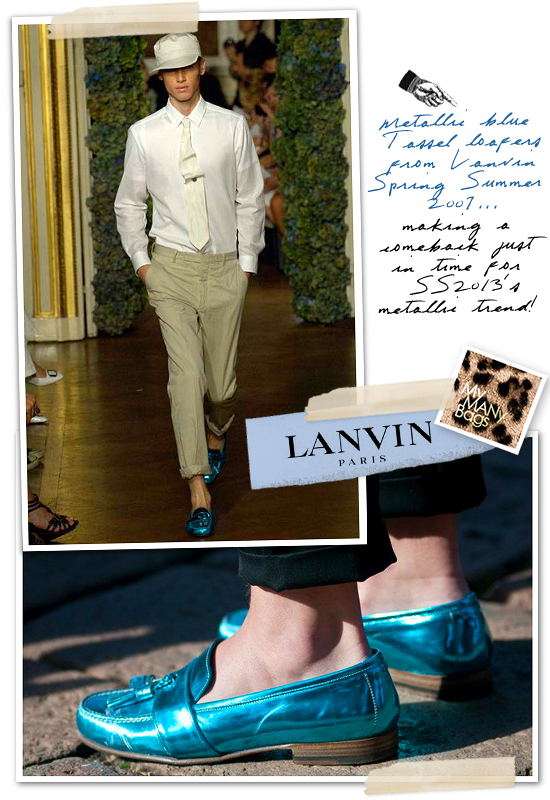 Below: These shoes may be from 5 years ago... their classic shape modernised with the use of metallic leather makes them relevant any day! An outstanding shoe for the modern dandy... 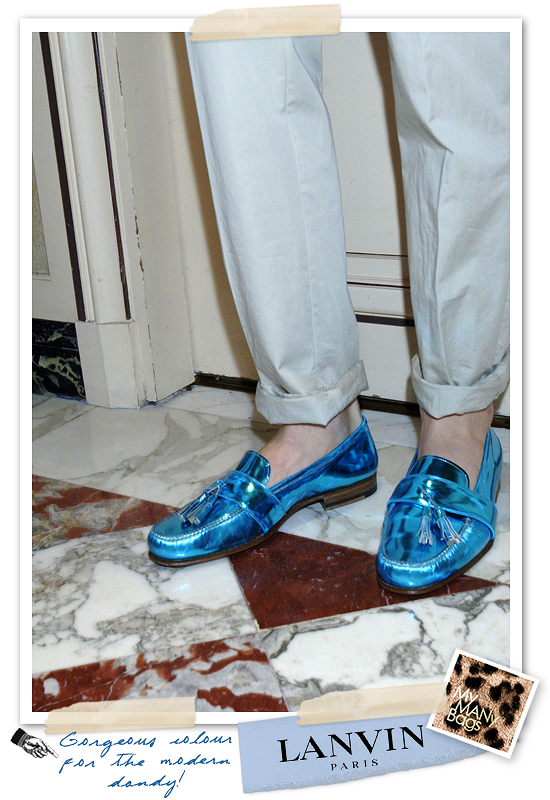 During the recent Spring Summer 2013 Mens Fashion Week in Florence, Milan & Paris... Metallic accents and colours are a key trend adopted across many major fashion houses such as Burberry Prorsum and Lanvin. This brings to mind a recent pic I spotted online of a pair of gorgeous Lanvin metallic blue tassel loafers. They may be from 5 years ago (Lanvin's Spring Summer 2007 collection), but looked incredibly relevant even till this day. Lanvin's Menswear designer Lucas Ossendrijver is a designer with great foresight, setting trends and innovations way ahead for others to follow. The use of metallic leather accents in mens footwear took off largely because of Lucas' Lanvin collections during his early rein at the house.

I am now obsessed. I love and want this pair of shoe. Perhaps too late... but there's never harm in having a little shopping 'wishful thinking'...:-P I am inspired to wear some metallics right away!


Below: These 'vintage' Lanvin Metallic Tassel loafers comes in bronze brown too... 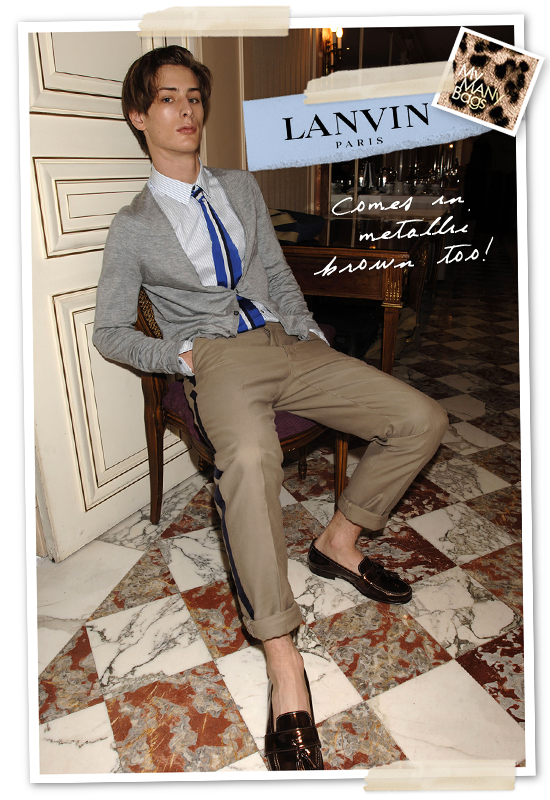