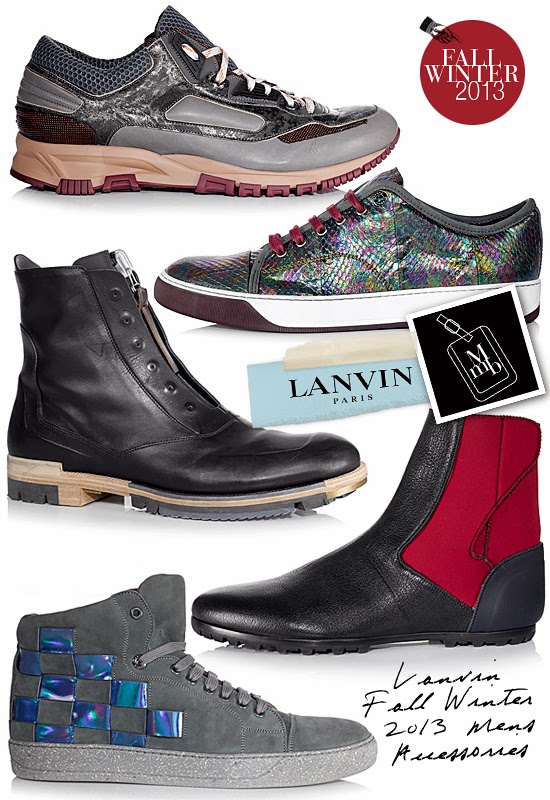 When Lanvin first relaunched their menswear in 2006, Lucas Ossendrijver steered the design direction towards a youthful take on modern dandy style. I resonated with their fresh renditions of classic menswear dress codes... often juxtaposed with a sense of rawness that gave them more character.


Fast forward many seasons later, Lanvin has evolved. The preppy boy that started the brand has grown tougher, older and stronger. Mixed with a new athleticism and street edge, Lanvin’s refined aesthetics acquired a new sense of ruggedness.

Check out their new Fall Winter 2013 mens accessories. Trainers take centre stage this season. Sportier but retaining the innovative luxury that is Lanvin. ‘Nike-esque’ designs done in unexpected materials for a fashion forward take on regular trainers. Even the boots get a sporty upgrade by integrating hiking boots rubber soles and huge zippers to showcase their new urban edge. I especially love the Trompe l’oeil holes for laces on those lace-up boots. Iridescent pythons, speckled rubber soles (resembling rock surfaces) are other unique details inherent in this collection.

When it comes to bags, backpacks (single or double shoulder) steal the spotlight. ‘Bicycle chain link-esque’ bracelets and belts again reinforced the sportive attitudes of the collection. There’s no denying Lanvin dandies are no longer contented looking immaculate indoors... a new world await them outside where grime and dirt are equally appealing. And they dress the part for it. 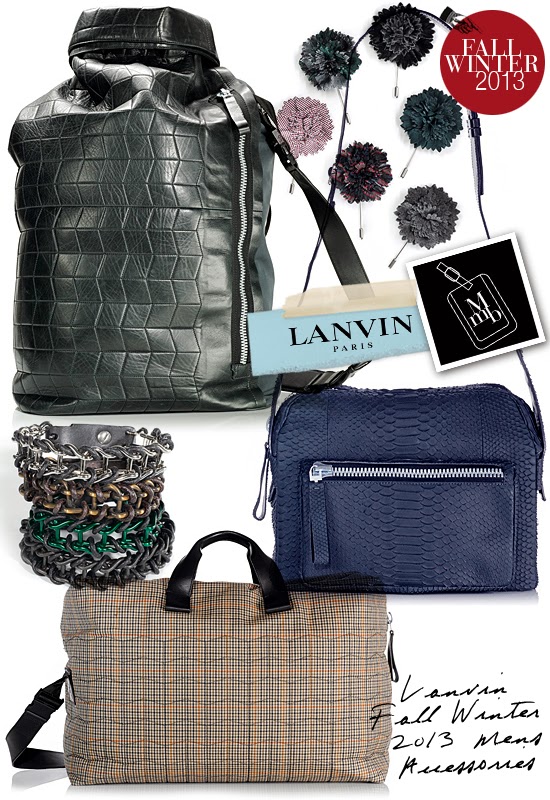 loved that collection of Moccasins for Men ...really nice !!