Labels: Men's Fashion, Montblanc, My MANy Bags News, Spring Summer 2014, The Material Boy, Timepieces
Below: Hugh Jackman has been named Montblanc's new brand ambassador! The 45-year-old actor will be featured in the brand’s forthcoming advertising campaign. Definitely something to look forward to for old and new Montblanc fans! 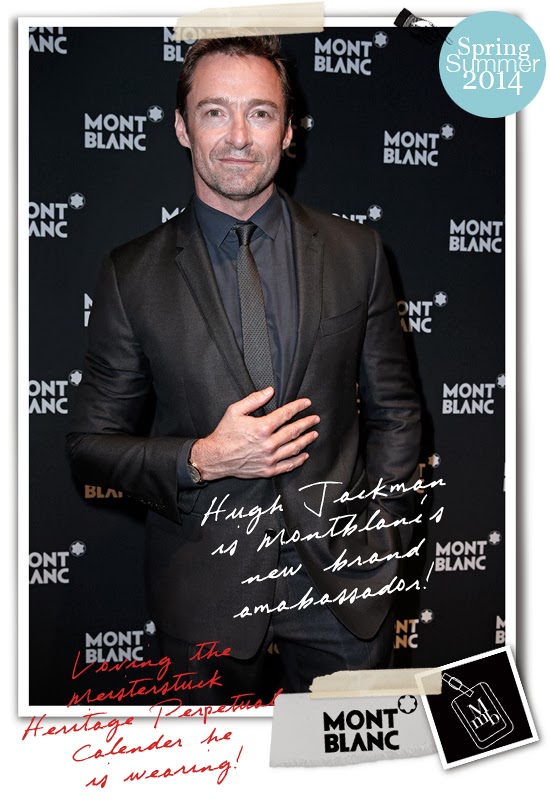 Below: Hugh Jackman wore this limited edition Montblanc Meisterstuck Heritage Perpetual Calender watch at the SIHH2014 event and he described it as a timelessly elegant piece with great features... Agreed! Spoken like a true brand ambassador:-) 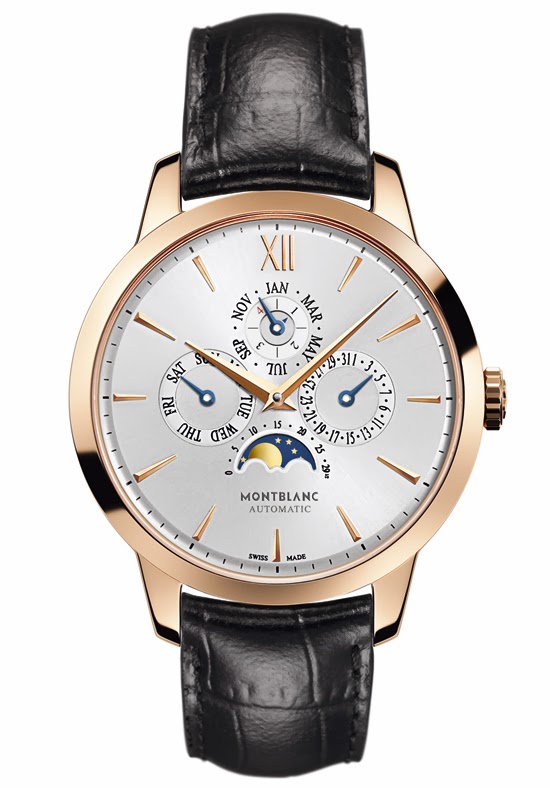 Below: Besides news of Hugh Jackman for Montblanc... 2 new novelty timepieces are unveiled for the watch connoisseurs... check out the Montblanc Star Twin Moonphase and the New Montblanc TimeWalker Extreme Chronograph DLC. Both are equally amazing in innovation and functionality as does their looks... 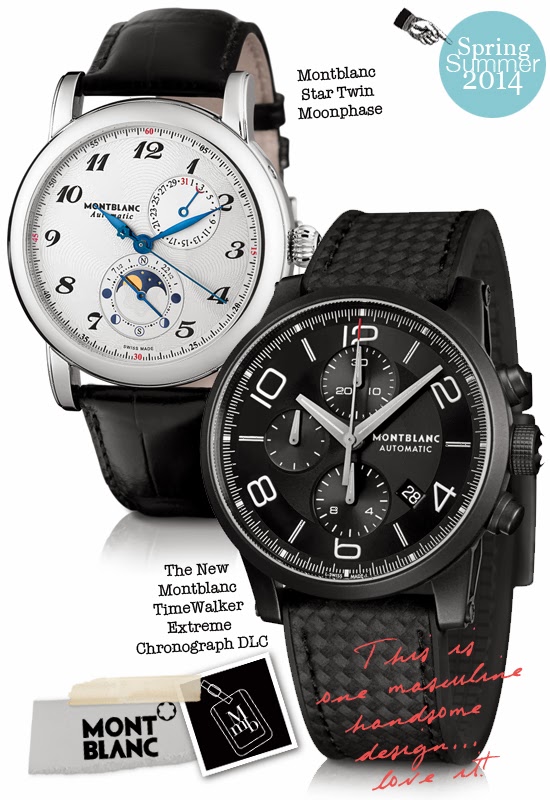 Big news have been announced over at Montblanc during the recently over SIHH2014 (Salon International de la Haute Horlogerie). Not only are 2 amazing novelty timepieces unveiled at the recent event, but most importantly.... Hugh Jackman has been named the new brand ambassador!

What an exciting celebrity to be get onboard with the brand. Hugh Jackman has been one of the most respected actors of our time, reprising roles as diverse as superhero Wolverine and then artistic rendetion of Jean Valjean in Les Misérables. His acting talent is undisputed and his appeal definitely across a varied spectrum of ages and regions. Of course, Hugh Jackman being blessed with handsome looks and stature will no less showcase Montblanc to even new heights and fans.

“We are delighted to announce this partnership, and welcome Hugh Jackman into the Montblanc family. He represents all the attributes of the Montblanc brand: elegant, talented, pioneering and committed to the arts. He inspires and enthrals audiences worldwide with the quality of his performances.” Montblanc’s international CEO Jérôme Lambert.

Look out for the award winning actor in the brand’s forthcoming advertising campaign. Definitely something to look forward to for all Montblanc fans!

Before we get all too excited about Hugh Jackman for Montblanc, also rejoice at the 2 new novelty timepieces that debuted at SIHH2014.

1) Montblanc Star Twin Moonphase
Combining refined round cases, impeccable quality and traditional decorative techniques, the timepiece is staged by a high-quality automatic movement with a pointer date, and is a special interpretation of a moon-phase display that shows the changing faces of our Earth’s satellite both as they appear to observers in the Northern Hemisphere and as they look from the perspective of those in the Southern Hemisphere.

2) The New Montblanc TimeWalker Extreme Chronograph DLC
In celebrating the 10th anniversary of the TimeWalker collection, Montblanc  unveiled the new Montblanc TimeWalker Extreme Chronograph DLC. This timepiece features a diamond-like carbon (DLC) coating on its stainless steel case, which gives the case’s surface an element of supreme toughness. The black of the new TimeWalker chronograph´s case continues on the large planar dial, which expresses the artistry of the cadraniers, as dial-makers are known in specialized horological language. Furthermore, the timepiece is accentuated by a set of anthracite-grey ruthenium-coloured hands that clearly contrast with the midnight-black background. Complementing the watch is a sporty yet elegant strap, with an inlay made of black “Vulcarboné” cautchouc, giving the wristband extreme strength and flexibility.

This one I am extremely drawn to... masculine and tough... I love the sleek all-black look!