Below: Xena, the warrior princess for Balmain Spring Summer 2010? Warrior like military references are abundant in the collection. Amazonian princesses? Or Thunderdome hotchicks in distress? You decide:-) 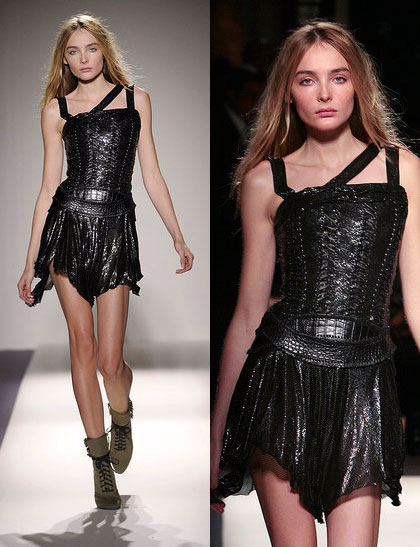 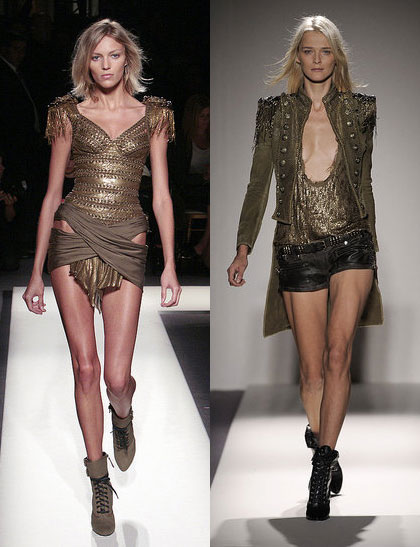 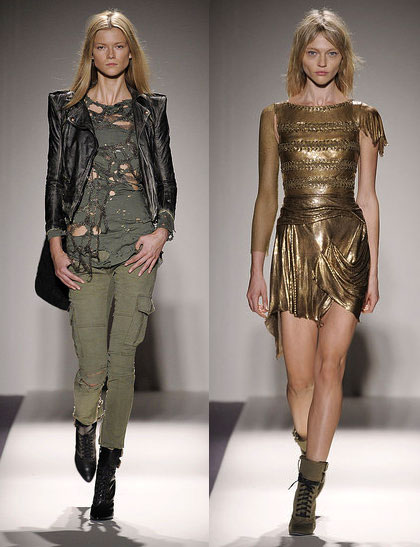 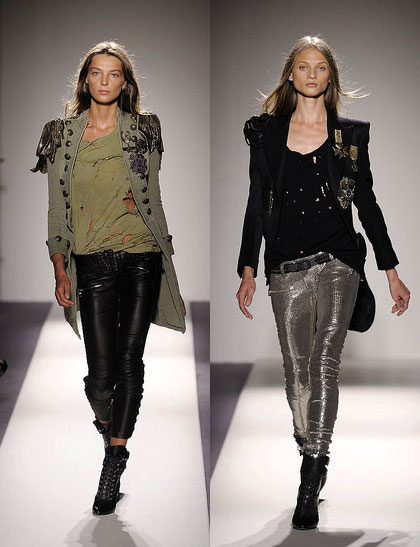 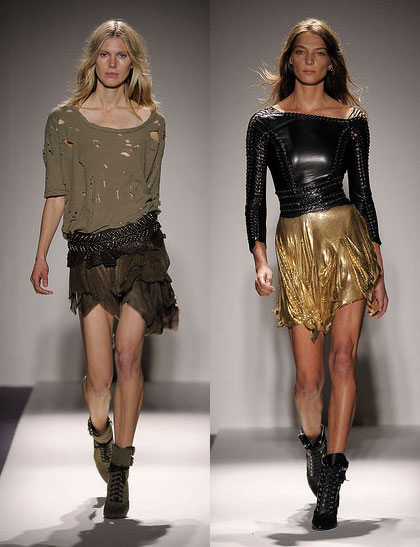 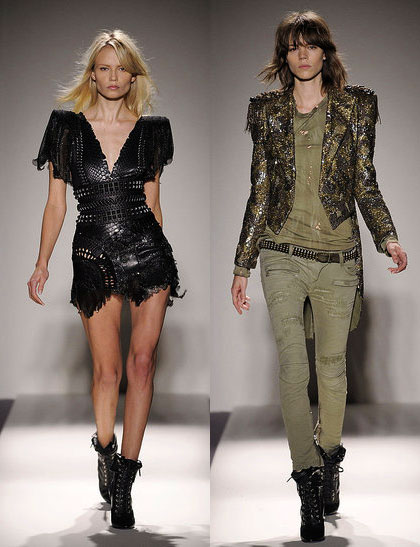 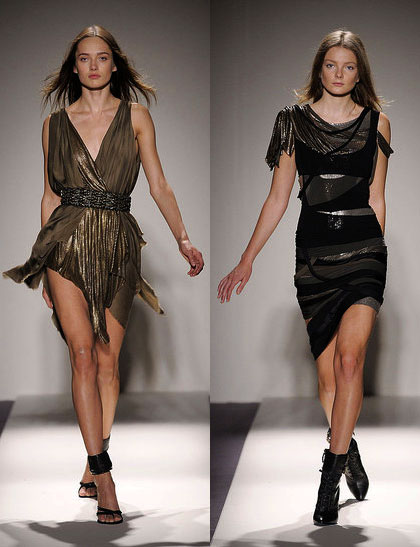 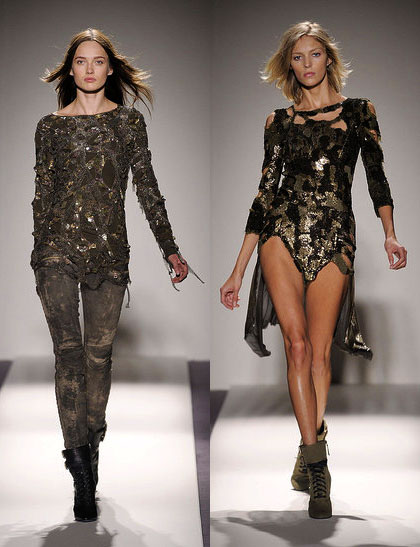 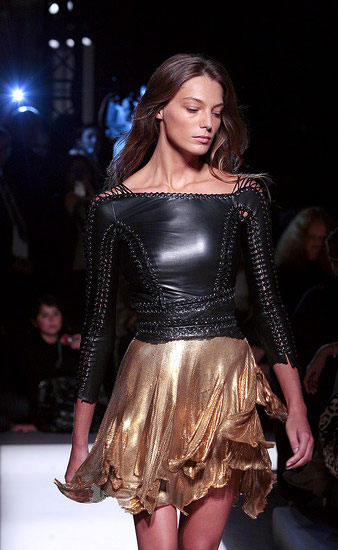 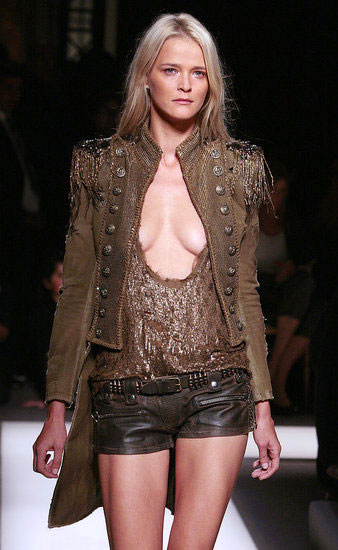 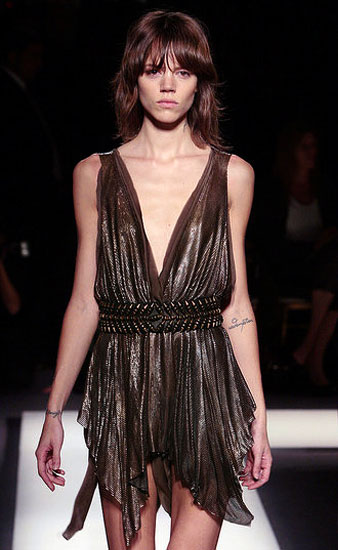 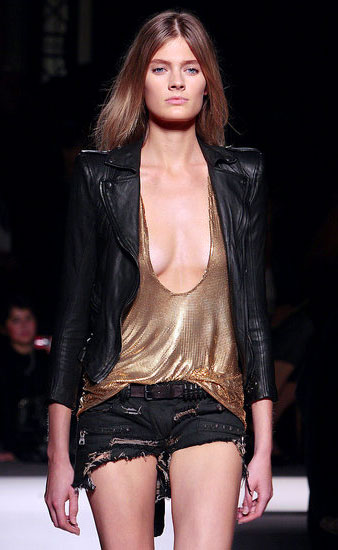 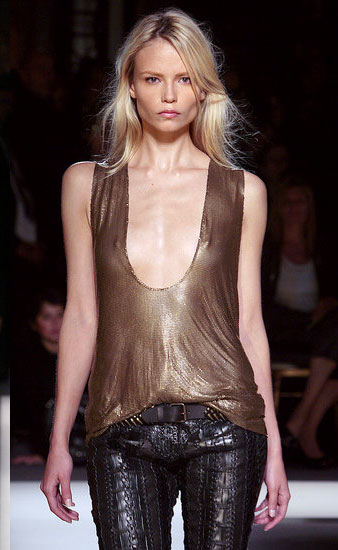 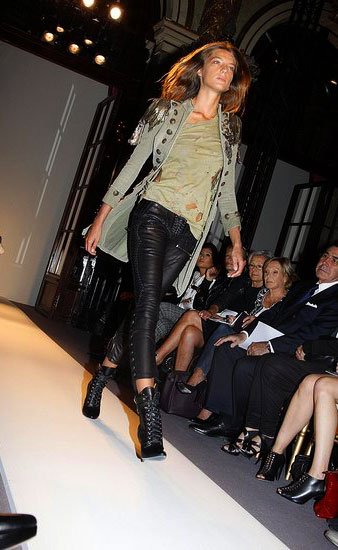 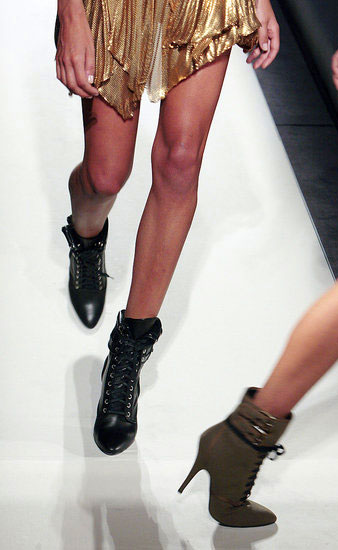 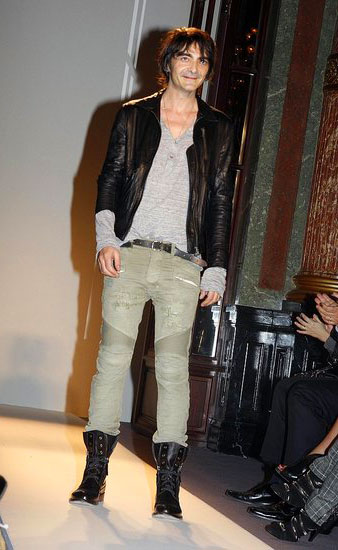 Below: Xena, the warrior princess could be a Balmain girl for Spring Summer 2010:-P 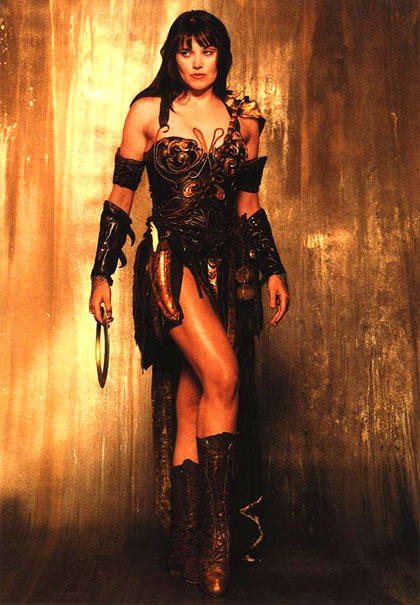 Camo prints, cargo pants, napolean style military jackets, tattered olive green t-shirts, hot boots flooded the runway. I even sense Xena, the warrior princess clamouring to be the next Balmain girl? From initial pictures I gathered from the internet...it seemed so. Those 'greek' toga style skirts could look like they came out of the set except all the glitter and gold befitting the modern glamourzons:-)

The looks may look 'battle weary', perhaps after a wrestle with sabretooth tigers and doomsday robots , these deliberately raw pieces are nothing short of intricate luxurious detailing. Almost couture like I must say. which I can guarantee the sky rocket prices will attest to.

In a way I am relieved. A good breath of fresh air for the brand whom many have feared certain doom if they keep 'reminiscing' 80's rock chic. However, Balmain seems clever not to completely do away with their most iconic fashion revival - the highly hyped and successful peaked shoulder trend. So you still find blazers spotting those pointed peaks in the collection. Balmainia will continue...albeit in a rag tag army style. There is something about tough girls that seem so appealing:-)!

This has been one of the collection I have been keenly awaiting to see. Reason being, survival of Balmain depends on whether if new ideas can be generated for Spring Summer 2010 season after the soon to be 'tiresome' rock chic styles. Another high energy sexy Balmain collection!

love the jacket Carmen was wearing...

Oh...!! Xena the warrior princess...the show i luv many many yrs back.

Those were the days...nice! =P

HEHEHE. Decarnin isn't ready to leave the shoulder territory yet. But, it's a nice change. It's gonna be rough and tumble next spring alright!