Labels: Ad Campaigns and Catalogues, Burberry Prorsum, Fashion Inspiration, Men's Fashion, Spring Summer 2011, Women's Fashion
Below: Burberry has innovate yet again! For Spring Summer 2011, a new set of ad campaign will be revealed each month for the whole duration of the season... now that's no expenses spared to bring the best to their customers, considering how much effort and costs it involves to create a campaign:-) Bravo, Burberry! 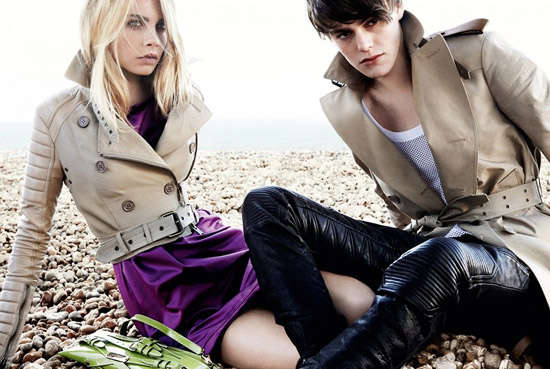 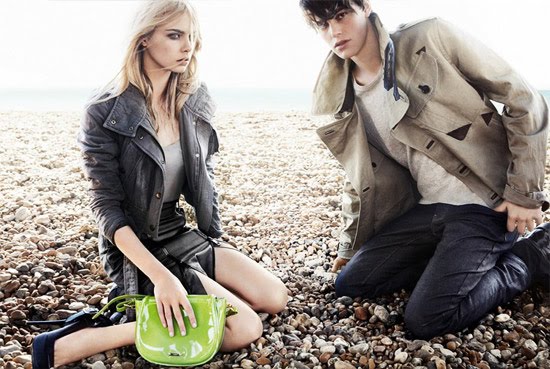 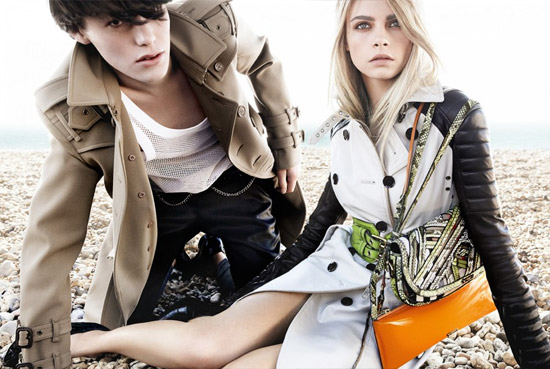 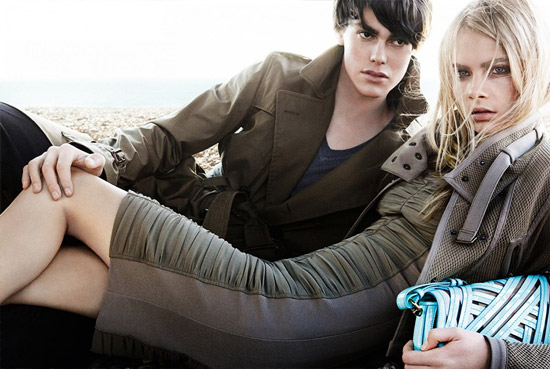 Fashion brands focuses a huge part of their efforts to build upon the aspirations and fantasies of their customers. And Advertising Campaigns play a major role to selling these aspirations. Often siphoning a huge chunk of their marketing budgets, these campaigns uses the best models and photographers to best exemplify the current collection's themes and mood.

To have a campaign each season is extravagant, but to show a new one each month for the entire season is phenomenal and an innovative way of outreaching to consumers. Burberry has done it yet again. Another first for the brand, Burberry has launched this new initiative thru an evolving ad campaign for their new Spring Summer 2011 season. Each month a new British cast, a new set of imagery will be launched as a way to continuously excite consumers across all the brand's sales platform (of course the successful yearly financials of Burberry, shows the confidence of the brand to have such a marketing investment). No longer will a set of images be repeated in the pages of your favourite fashion mags, store posters for a long 6 months of a season. Be prepared to be refreshed and inspired monthly for Spring Summer 2011. This is truly a welcoming innovation with no expenses spared on Burberry's part! Good job, Burberry.

For the first ad campaign for Spring Summer 2011, the setting is Brighton Beach. British models Cara Delevingne and Jacob Young show off the collection's concept of protection from the elements. The tough and luxe pieces create contrast against the natural beach background, injecting an unexpected, lateral portrayal of Christopher Bailey's ideas (I would be appalled if they just literally show off the biker-influenced collection in a biker setting!). Shot by Mario Testino, the campaign reinforces the brand's synergy with British Landscapes, weather and emerging talents.

“We wanted to create a dynamic, evolving campaign that reflects the diversity of our broad global consumer, revealing new British cast members each month, all with their own identity, embodying the different attitudes of the Burberry guy and girl. We shot the campaign on Brighton beach to celebrate the great British outdoors and our history of supporting emerging talent and to bring to life the emotion behind protection from the elements.’’