Below: Shoe lust of the day... presenting yet another reason to prolong those baked beans eating days... the new Christian Louboutin Mens Denim Louis Flat Spikes... 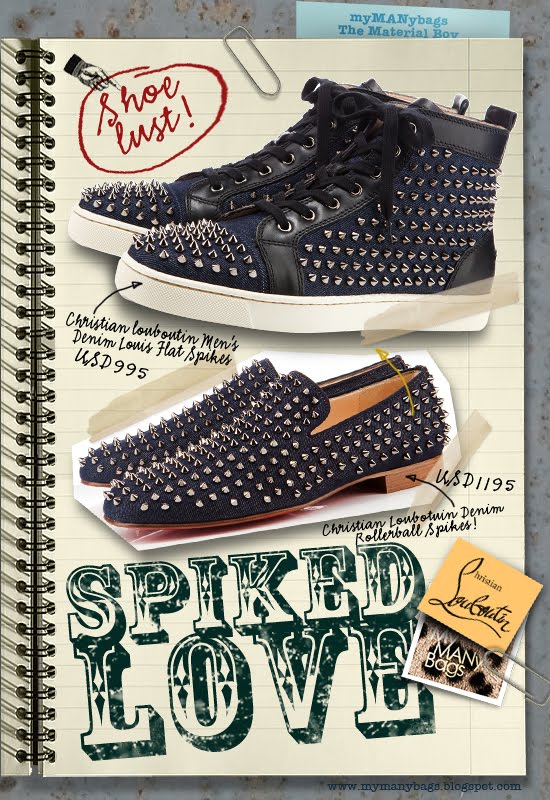 Double the shoe lust! If Christian Louboutin's Denim Rollerball Spikes is enough of a reason to survive on Baked Beans for a few months... how about adding yet another drool worthy
Christian Louboutin Mens Denim Louis Flat Spikes to the temptation? Tightening the belt for six months?!?!? Worth it?

Love the combination of denim and metal studs... the Louis looked even better in this incarnation! More fierce, more statement making... this is one shoe to leave an impression and up your style quotient any day!

love those denim louis but I already got some in white :(