Below: Get ready to groove to the disco beat of 80's disco with these Limited Edition Pierre Hardy 'Discorama' Sneakers... 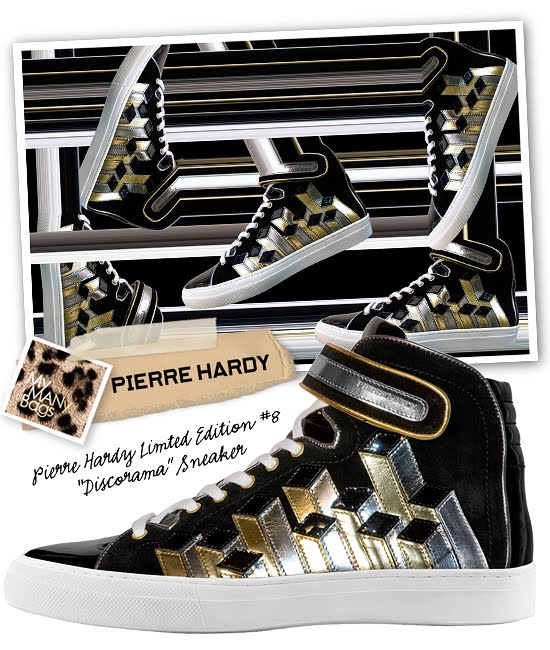 Get ready for some disco fun! Pierre Hardy launches their yearly limited edition sneakers... this time in groovy metallic gold and silver against black. Just in time to hop on the metallic colour trend for Fall Winter 2011. I am usually not a fan of this series of sneakers... but I love this one! (Colours are much more easier to mix and match:-P)

“The new collector’s sneaker pays tribute to the dark and hybrid disco of the 80’s. The all-over black sneaker is punctuated by 3D metallic columns. This composition evokes the direction of the video from that era, between futuristic disco and cyber punk.”

The Limited Edition Pierre Hardy “Discorama” Sneaker is available at Club 21 Men and retails for SGD890. Only 500 pairs worldwide.