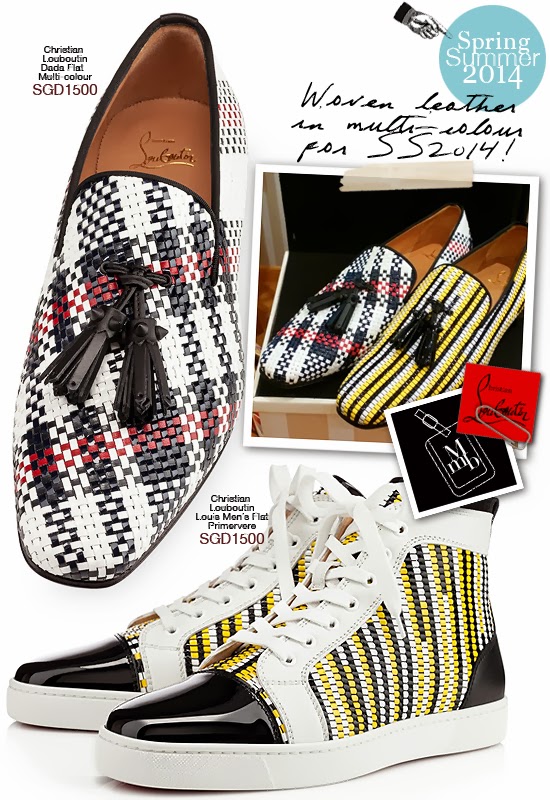 
Just attended the press preview of Christian Louboutin’s SS2014 shoes yesterday... and oh boy,  next season looks set to be a frenzied season of prints, colours (especially turquoise) and textures.

One of the most memorable pair that caught my eye was not because it had an outlandish design... but it reminded me of another designer’s work from Fall Winter 2013. We have another case of ‘great minds think alike’?

Woven leather/silk made to resemble ‘cheap’ laundry bag checks pattern caused a buying frenzy at Céline this Fall Winter 2013. But the pieces were made for ladies and guys who want a piece of the ‘cheap chic’ action were left in the lurch.

But hold your horses guys... cos’ it’s Christian Louboutin to the rescue. Check out Christian Louboutin’s Spring Summer 2014 Mens Dada Flat in Multicolour. Red, white and blue woven leather pattern closely resembles Phoebe Philo’s Celine creations... but who cares... the pattern translating on classic Christian Louboutin mens shoes looked absolutely outstanding and definitely a statement piece for warm weather days to come. The tassels on those loafers even spot a clever touch of spike details to give it that Christian Louboutin edge!

For staunch supporters of originality... then go for the yellow, white and black pair which is equally interesting in it’s refreshing colour combination.

The woven pattern in both colours also comes in Louis Men’s Flat Primevere Trainers... so a sportier option is available should you want a more wearable option.

Both designs retail for SGD1500 and is already on waitlist at www.christianlouboutin.com. Preorder starts in Singapore’s boutique now. Pop by the store soon!


Below: Spikes on the tassels of Christian Louboutin Dada Flat in Multicolour to give it that signature Louboutin edge! 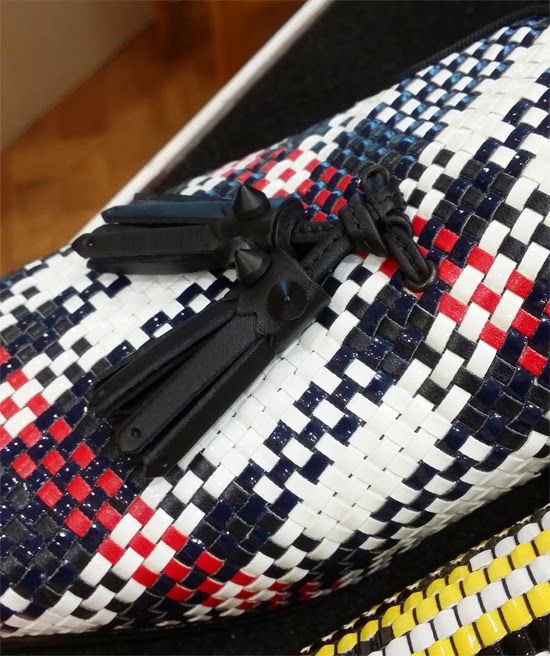 Nice Post. Thanks for sharing such a nice information. I love to read post on shopping @ GOSF 2013