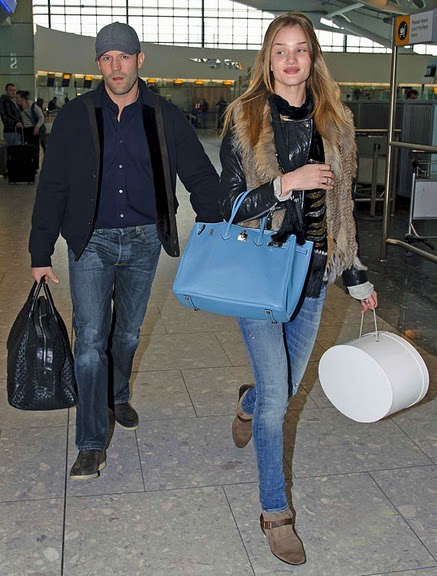 Below: Rosie Huntington Whiteley, looking fabulous in the recent Victoria Secret's fashion show runway... For someone young and beautiful as her...the Birkin seems to have added years to her look. Agree? 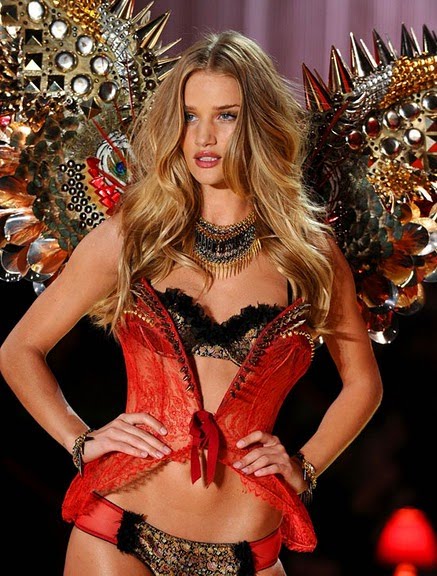 Below: The iconic Hermès Birkin Bag in Blue Jean... 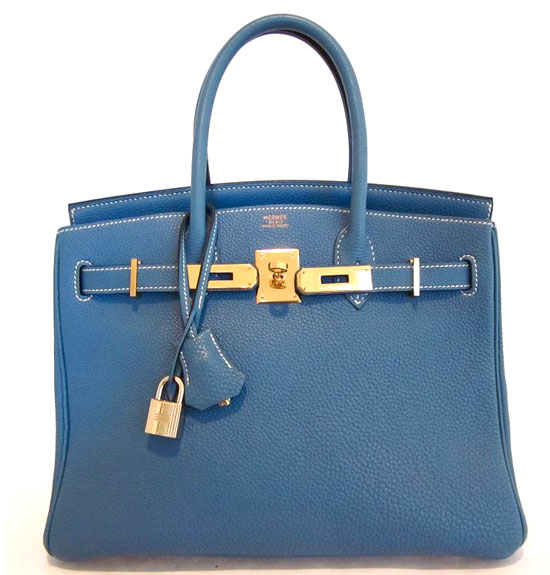 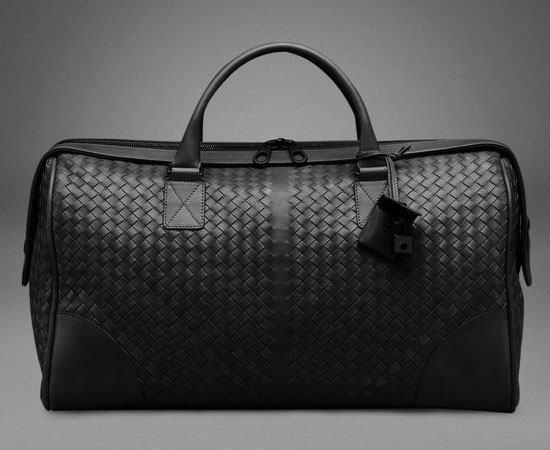 I just got to watched Victoria Secret's latest fashion show a couple of hours ago and I was wowed by the beautiful, elaborate lingerie + 'costume' design. Most importantly, by the beautiful girls and the surprising line-up of models for this year's show. I cannot believe Anja Rubik made it as a Victoria Secret's Angel... always thought she was too edgy for a bombshell look. But she pulled it off in a way. Lily Donaldson looked very at ease on the catwalk. Who knew she has such great 'assets' too:-P

But of the girls, Rosie Hunington caught my eye with her super seductive lips:-P That brought to mind a pic that I recently came across of her alongside 'boyfriend(?!?), Jason Statham at London's Heathrow Airport.

She did not seem like the Hermès birkin kind of girl. Rosie's look is playful and young (she's 23)...and Birkin bag was unlikely to be her choice of bag. But she carried one... in Blue Jean (I think) with silver palladium hardware. Do you guys think she look too young for a birkin? Me think so. The bag although being such an icon (here lies the problem) weighs her down...and made her more mature in her years than she should be. She had looked so cute and full of youthful zest in her Victoria Secret's runway, perhaps a more edgy alternative the likes of Givenchy's Pandora bag or even a PS1 bag would befit her age better. My humble opinions:-P... feel free to convince me otherwise.

As for Jason Statham (twice Rosie's age)... he looked composed and well 'heeled' with his gorgeous Bottega Veneta Intrecciato Nero Duffel Bag. I wished he'd took off that cap. It's just the opposite of what Rosie is doing (She gained 'years' with such a classic handbag) but Jason looked as if he is trying to rekindle his teenage years, perhaps to be a better match for his young girlfriend?

Enough said, I still love those bags! They make gorgeous travel companions for sure, looking as good as the cute couple:-)

I might be having a birkin fatigue right now since ht bottega duffel is more arousing to me :) Yes, the birkin is too sophisticated for Rosie, maybe a Jypsiere in blue jeans color?