Below: My 'style hero' Brad Goreski demonstrating how fabulous those Christian Louboutin Freddy Flats in White are... I should have gotten them when I had the chance! 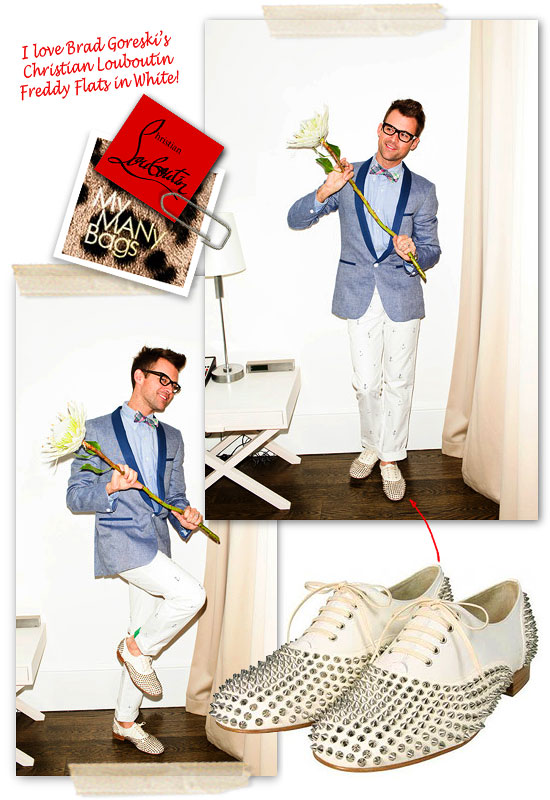 Below: This is how you should 'milk' your $$$ worth of your Christian Louboutins! 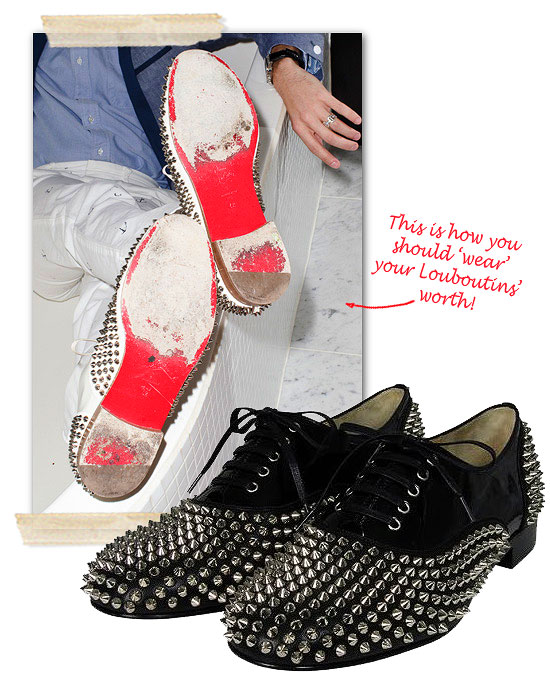 I want to adopt Brad Goreski's wardrobe... or at the very least his shoe closet. Brad has the most amazing collection of footwear... mostly comprising those TDF Christian Louboutins!

Below: Brad's shoes... I love the Louis Pik Pik and those Prada Wingtips Espadrilles, or even the metallic Lanvin x H&M lace-ups! 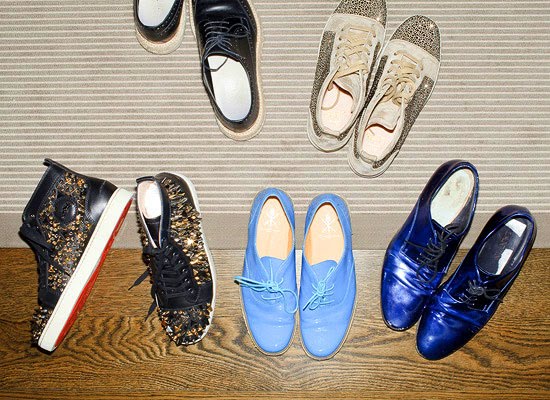 Love his Louis Pik Pik or those rhinestone studded versions... but most of all, I adore his White Freddy Flat Spikes. I had the chance to purchase them at a sale... but I did not:-( Major shopping regrets now... seeing how fabulous Brad looked (In fact he looked good in anything or nothing! (I mean bare bodied only. What were you thinking!#!#!):-P

Brad also demonstrates his love for his Freddy Flat Spikes... see how much mileage he has gotten out of them. The worn out soles gave a good indication! This is how you should milk your money's worth of Christian Louboutins:-p

I love this shoes...