My MANy Bags Trendspotting #174 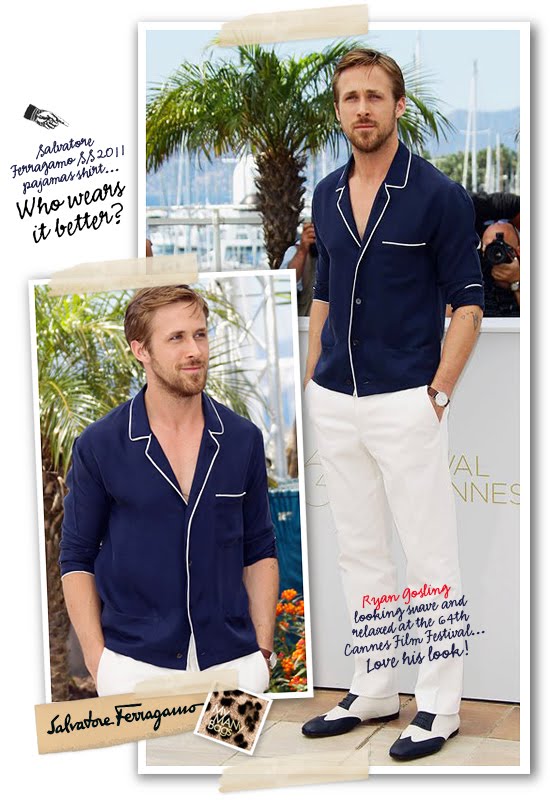 Below: Super hot model, Tyson Ballou wearing the same shirt with the entire runway look in Elle Mexico. There is just something seductive about guys wearing this 'pajamas meets sartorial' style...:-P 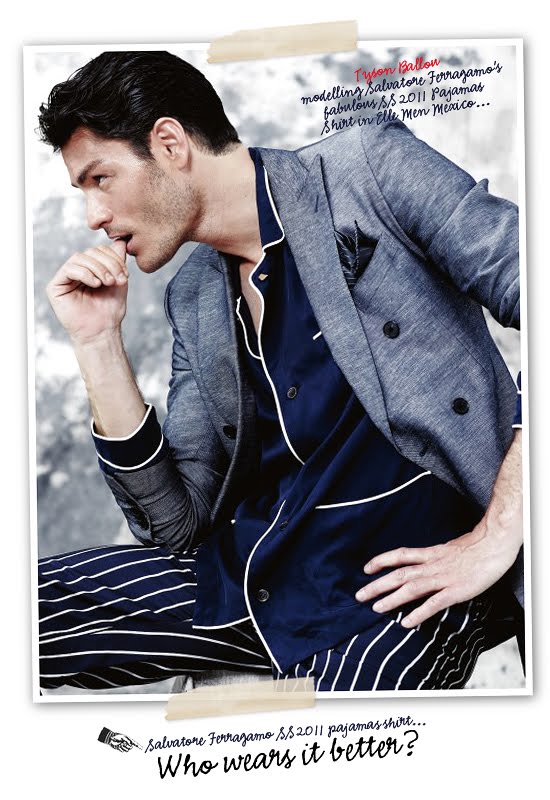 At the recent 64th Annual Cannes Film Festival, there were many memorable fashion moments from the glamourous guests. But there were many more disastrous clothing mishaps. However, there is one male actor that stays on top of his fashion game and I am giving him a thumbs up for being consistently appropriately attired with highly savvy choice of dressing throughout his stay. That guy is Canadian actor Ryan Gosling. His choice of fashion brand to wear... Salvatore Ferragamo. Unexpected choice since Ferragamo is never on top of your mind of celebrity fashion choices. But because of Ryan, I am now giving the brand's Spring Summer 2011 collection a different look. I love Ryan's navy top as featured in the pic above. A Pajamas meets sartorial design that came from the SS2011 runway. Ryan wore it aptly for his photocall of his new movie 'Drive'. Very nonchalant while staying subtly sexy in a tasteful way. There is just something about sleepwear in daytime that gives that vibe. I love the idea. 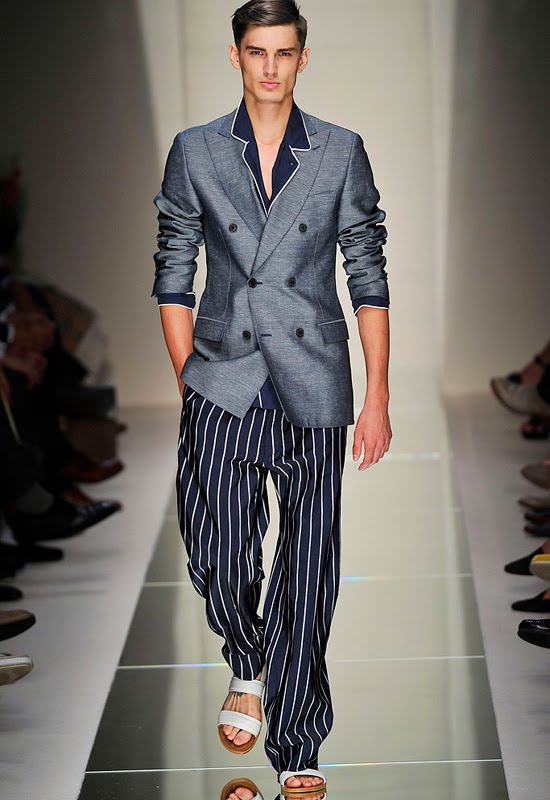 Then I came across an editorial shot in Elle Mexico featuring super hot male model Tyson Ballou wearing the same shirt with the entire runway look. This affirms my new found fascination with 'sleepwear' as daywear on guys. The relaxed attitude combined with a quiet seductive allure makes guys who can pull off this look highly desirable.

What are your thoughts on this look? Sloppy or simply sexy?

And who wears the look better... Ryan or Tyson? For me, I'd take both guys any day!

He looks so fresh...

I am really into the emergence of the sleepwear daywear trend. I think that Ferragamo makes the transition very chic that it just seems right. Although I love the complete look, I have to go with Gosling. The color matching with the wing-tips and the rest of the outfit really makes the look standout.