Below: Love this Coach Mens Reversible Tote... handy size and looking smart on a guy!:-P 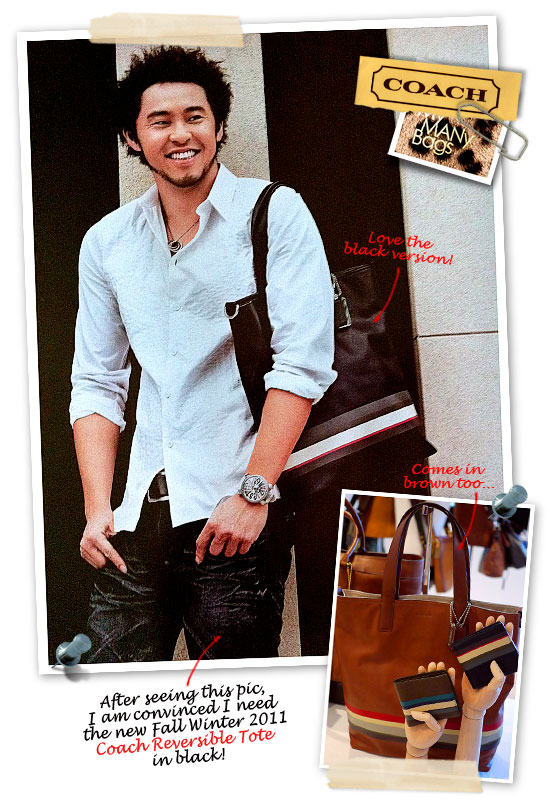 After seeing this pic from the August issue of Japanese Magazine, Men's Club... I am convinced I need this Coach Fall Winter 2011 Mens Reversible Tote in black. Love the size, the shape and the ability to reverse out to the canvas exterior. I love duality. I love options. This versatile Coach mens tote just fits all my expectations. The coloured stripes on the bottom also add a zest of colour to lift the bag to a new levels of visual appeal. 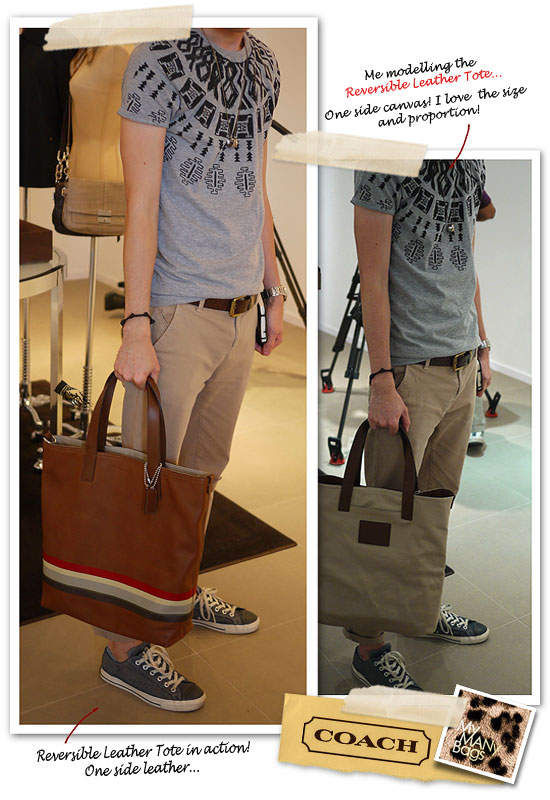 Need! (Above... me trying out the bag in brown during the Press Preview a few weeks ago)

Hi,nice tee and fabulous chino.
can i know where you get your chino?