Below: From one actor to another... Miuccia Prada has chosen Michael Pitt as the face of her SS2012 mens collection:-) Loving the 50's inspired looks and prints! 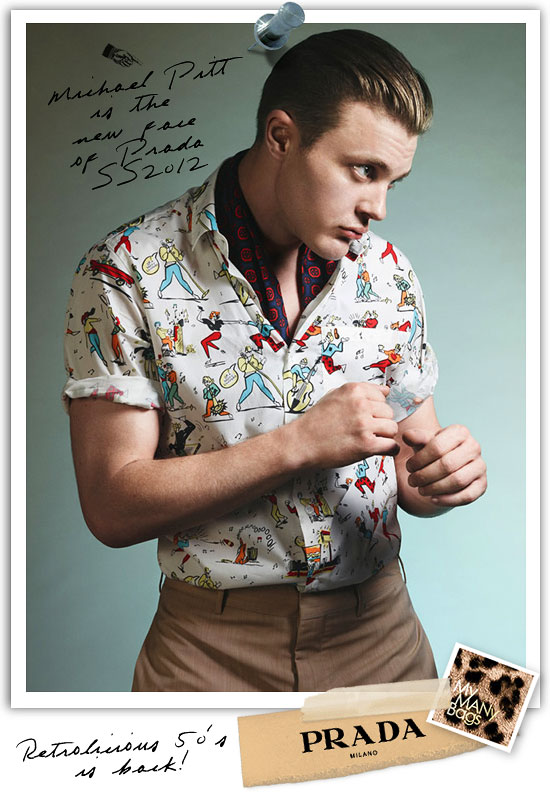 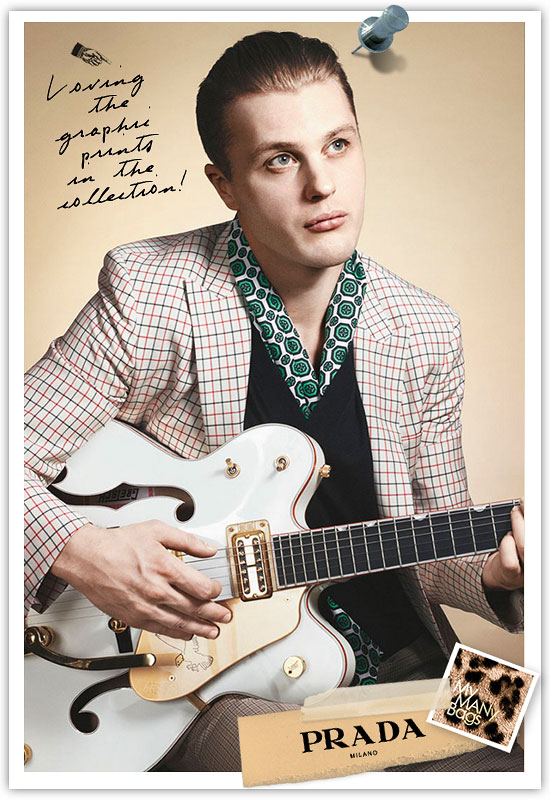 After Tobey Maguire for FW2011, another actor gets cast as the new face of Prada's SS2012 campaign. This time Michael Pitt known for HBO series Boardwalk Empire gets the honours!

Styled with a resemblance to James Dean, that infamous quiff, on Michael, sets the mood for the Prada's 50's inspirations of Hollywood Icons for these SS2012 ads. The campaign explores the language of male role models from the rock star to the playboy, from the self-reflective introvert to the engaging and humorous farceur. It also reflects contemporary men who work when they play and play when they work. The boundaries are no longer clear – as the campaign’s simple props and gestures emphasize.

Modelling some of the most striking pieces from the runway... Michael adds a personality to the pieces, bringing forth a new depth of visual resonance beyond pretty faced models. I love his brooding, sometimes dorky expressions... encapsulating the 'kitsch/nerdy' element expressed in memorable collection. U either love or hate it. 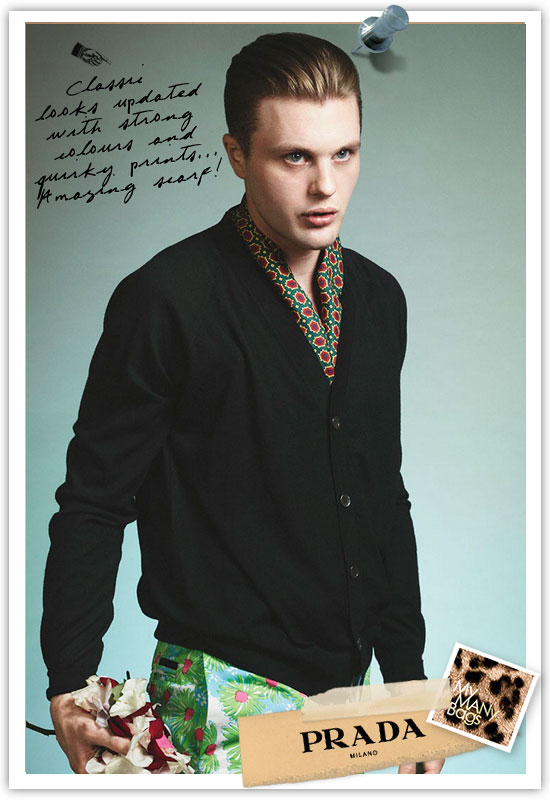 Most noteworthy are the prints gone wild... graphic illustrations of dancing couples, florals to geometric shapes in vivid colours update the classic menswear pieces, making them once again highly desirable. I am sure that printed shirt shown above is going to be a 'street style' darling in the coming months!