Below: Hermès Fall Winter 2012 Ad Campaign features not one but two of my favourite bags... Victoria 43 for the mens ad... 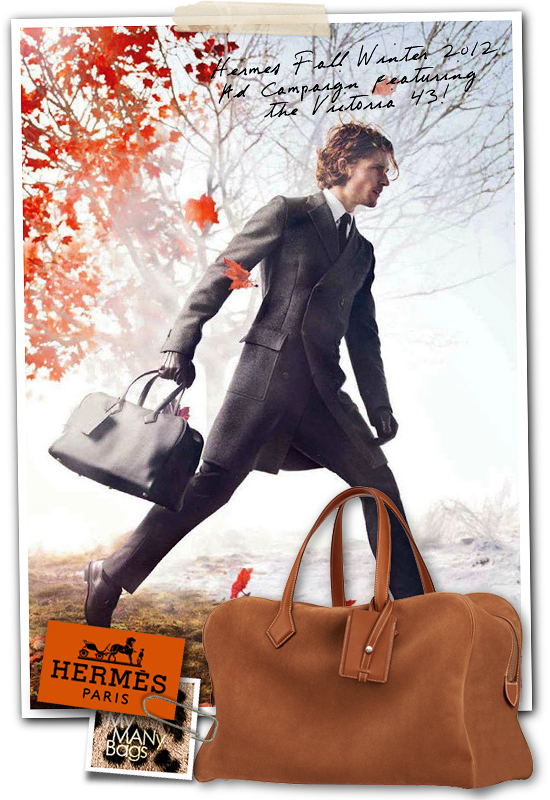 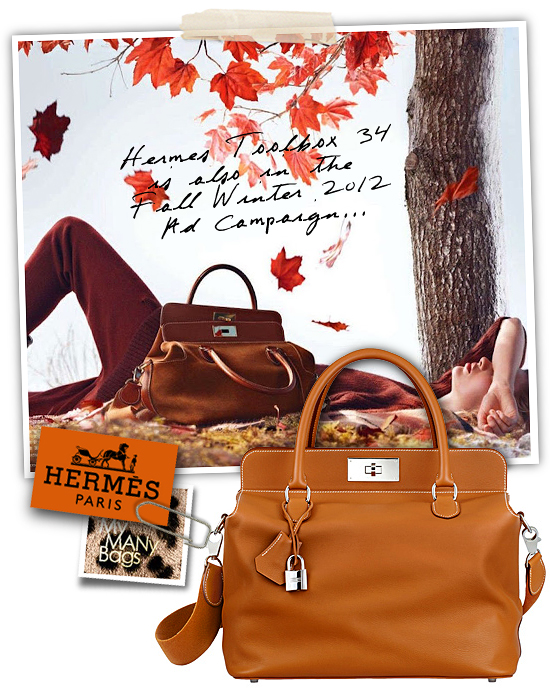 Each season, Hermès showcased a small selection of bags and accessories to feature in their ad campaign alongside the new ready to wear collection. From Constance to Kelly to Lindy... I am just thrilled to find out that this new Fall Winter 2012 season, 2 of my favourite bags are taking center stage! Victoria 43, the most handsome mens bag is paired with the luxurious sartorial menswear by Véronique Nichanian while Toolbox 34 lies alongside the womenswear pieces by Christophe Lemaire in the ad imagery. How can anyone resist even with 'Time on your side'? I need both now!

Hi. Do you know how much the Victoria 43 and the Toolbox 43 cost? I would like to know. Great ads btw...Cheers!