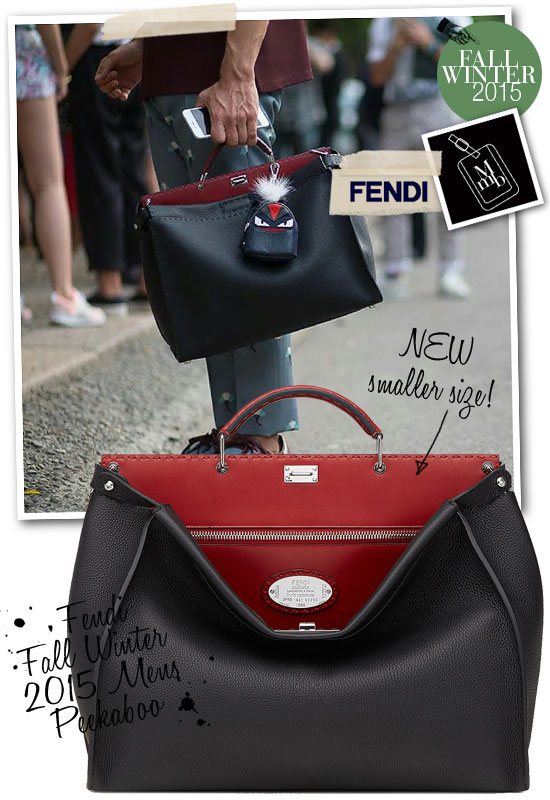 Below: The dégradé effect on this suede version in large size is so special... definitely one to consider if you are thinking of acquiring a mens peekaboo bag this FW2015 season! 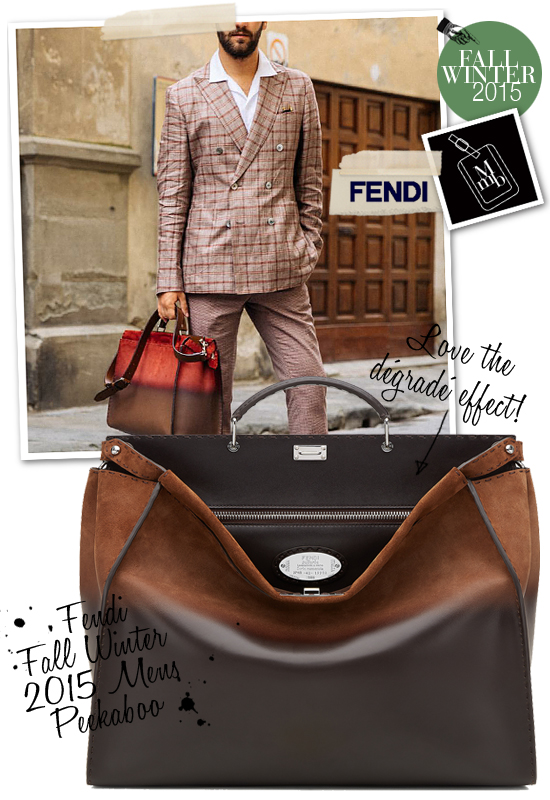 It’s been a few seasons since Fendi Mens Peekaboo bag was unleashed into the world of mens fashion... and the interest has been unwavering and it is now a bag coveted by many. But there were comments that the size was slightly too large for daily use and that could have been a consideration factor putting many fans on hold. But fret not, with the new season, Fendi mens peekaboo gets a new smaller sibling! The regular large version measures 43cm width and 35cm height. The new smaller version is more handy at 41cm width and 31.5cm height.

I love the new Fall Winter 2015 version of the small version with stunning red interiors. The whole idea of the Peekaboo bag was it revealed a surprise on the inside when open, be it colour or lining materials. So I welcome a bright eye popping red! 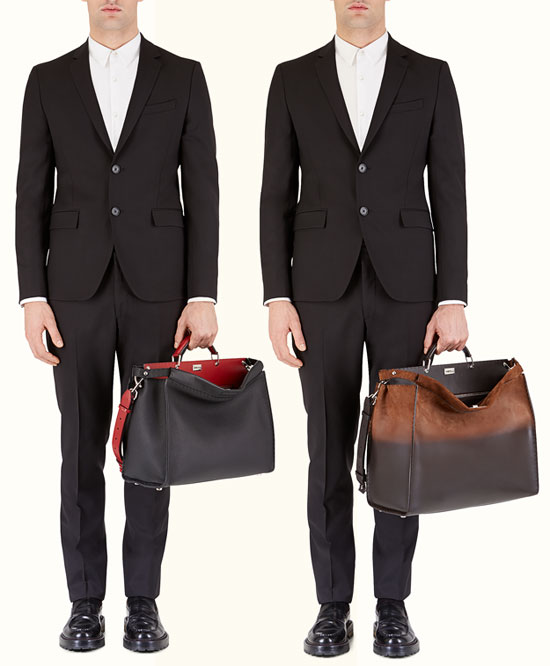 Boys, if you want to buy into the Peekaboo bag, this is the season to do so:-P

The basic selleria leather Mens Peekaboo bag in small size costs USD5600 while the large one is priced at USD6100. Special leathers and designs will be priced higher:-)