Labels: Bags, Fall Winter 2015, Men's Fashion, My MANy Bags News, Saint Laurent, The Material Boy
Below: Boys, now you can officially claim the Saint Laurent Sac De Jour Bag as a mens bag! Read on to find out what's the differences between this mens version from the womens... (Pic source: Farfetch) 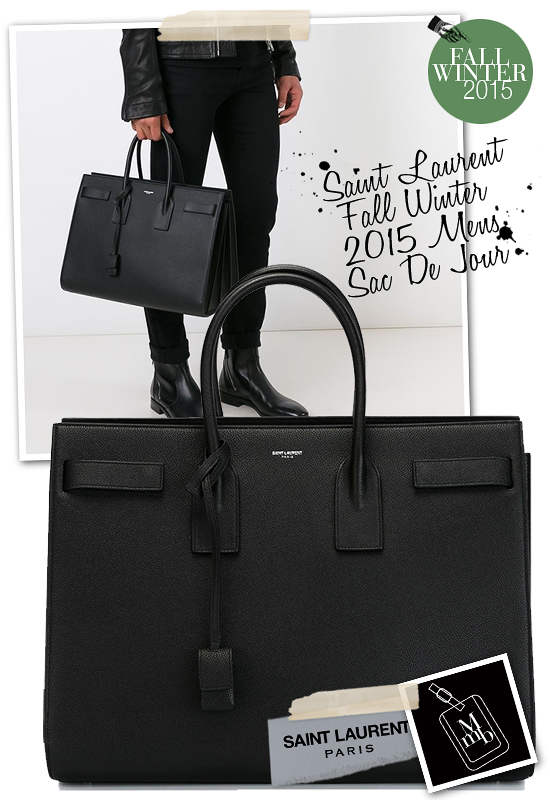 
With gender lines blurring in the menswear scene lately, the concept of assimilating popular women’s iconic bags into mens collection is gaining traction.

Fendi did a successful gender bending attempt to market their Peekaboo bags as part of the mens line. With tweaks to details to inject more masculinity and bigger sizing, the mens Peekaboo bag has now become a coveted bag for many male fashion fans.

Following closely, Saint Laurent is also leveraging on their gender neutral Sac De Jour (a womens design) as a mens bag this Fall Winter 2015. While Fendi mens peekaboo bag reduces the amount of bling bling metal hardware of the women’s version to make the bag more masculine, the mens Sac De Jour remains entirely identical to the female version with no updates on any details.

The mens version of Sac De Jour however do come in a more robust looking grain leather, a 39cm size and silver coloured hardware and branding. I guess the neutral looking shape and design of the Sac De Jour can already pass off as a mens design so that eliminates any need for updates. Point to note however, the early generations of the womens Sac De Jour do come in a 39cm size width (Height: 30cm, depth: 18cm) but was later dropped and shrunk to a 36cm width. Perhaps many women find it too huge and heavy at 39cm so the size was offered only for a couple of seasons. I did scored myself a womens version at that size, but mine comes with gold brass hardware which is always the preferred colour of metal details on womens accessories. In all honesty, I prefer the brass more than silver. It has more charm and warmth and looks great against black.


Below: One subtle but noticeable difference between the mens and womens Sac De Jour is the silver brand stamping and hardware for the bag... a much visible grainy leather has also been used... 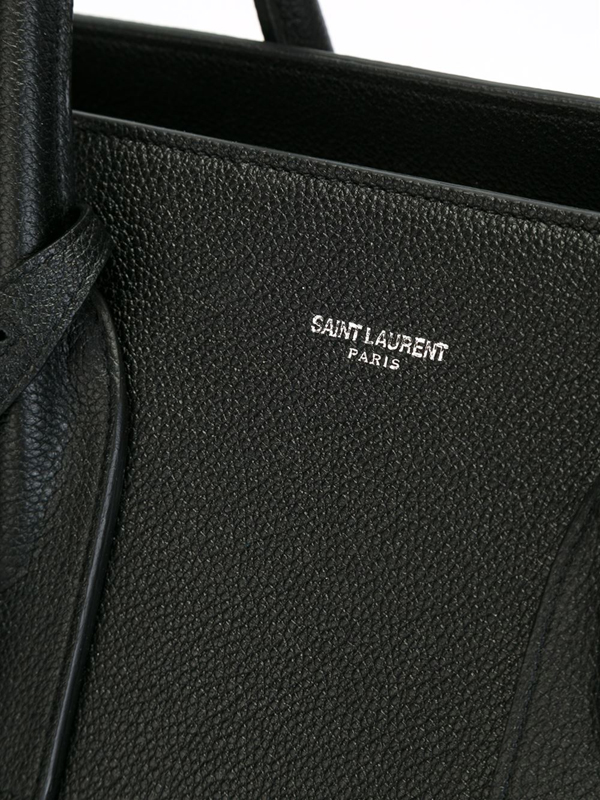 Below: I own a womens version from SS2013 season... with smoother leather and gold tone brass hardware... and back then, the sizing for womens version is 39cm width, same as the new mens version... 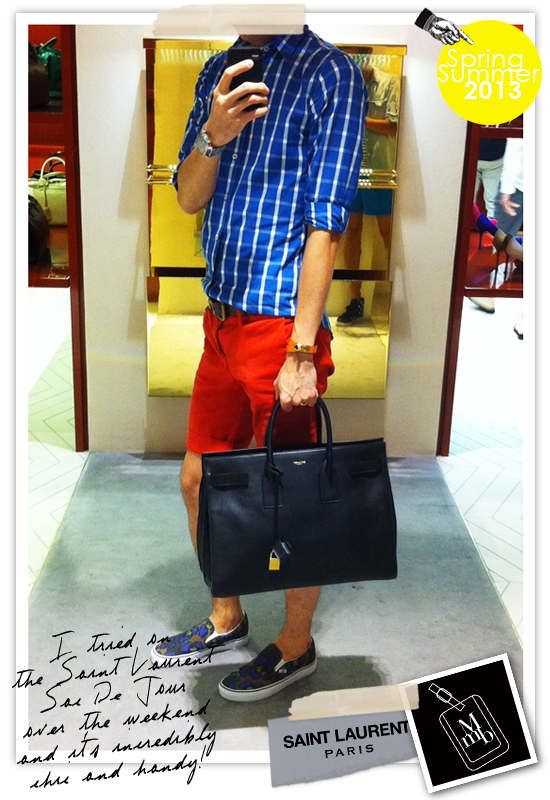 With this new released, another gender bending bag gets officially inducted into the mens wardrobe. Will you get this new Saint Laurent mens Sac De Jour? Retails for USD3490 at Farfetch.com

Do you know when the bag will be aviable in stores or on the official ysl.com website? I don't want to order the bag online but I need this bag in my live! Btw - I adore your blog <3